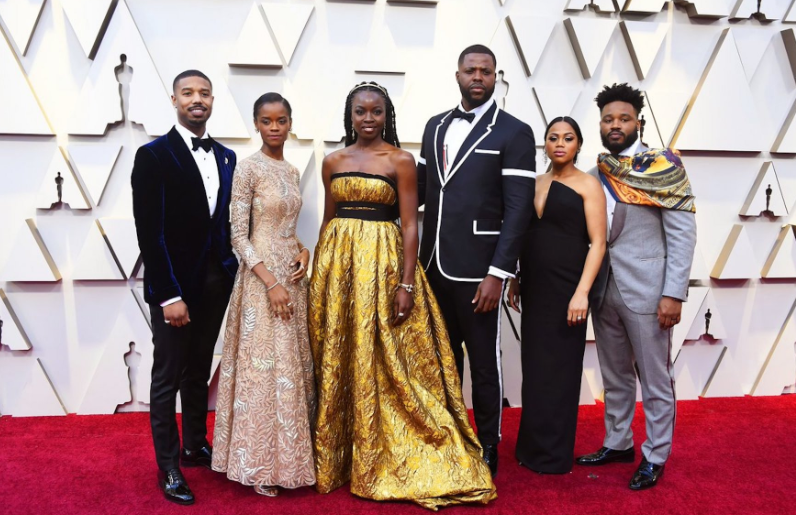 Following the movie’s epic run at the box office in 2018 where they shattered records as not only the first black superhero movie in history, but going on to gross millions of dollars around the word, the movie has now scooped major awards at 2019 Oscar Awards.

The now iconic film made history last month when they received a staggering seven nominations for the awards.

The announcement of nominees in January saw the film become the first superhero movie to be nominated in the Best Picture category ever.

And they continued their winning streak at the glittering ceremony last night when two of the crew members walked away with history-making nodes.

Ruth Carter and Hannah Beachler became the first black winners in their respective categories at the 91st annual Oscars.

Ruth Carter walked away with the costume design trophy, while Hannah Beachler snatched the production design statue which she shared with Jay Hart for set decoration.

Ruth’s award was her first ever Oscar despite having been nominated twice prior for the same award.

“Marvel may have created the first black superhero, but through costume design we turned him into an African king. It’s been my life’s honour to create costumes,” Ruth said in her acceptance speech.

She also thanked the incredible director of the film, Ryan Coogler.

Meanwhile, Hannah’s award was groundbreaking on two counts; not only was she the first black person to be nominated in the category, but by virtue of winning, she became the first black winner of the award.

“I give the strength to all those who come next, to keep going, to never give up, and when you think it’s impossible just remember to say this piece of advice I got from a very wise woman: ‘I did my best and my best is good enough’,” Hannah continued.

THIS YEAR'S SAMAS WILL BE FINE WITHOUT CASSPER

Spider-Man: Into the Spider-Verse