MY MUM DATES MY EXES! 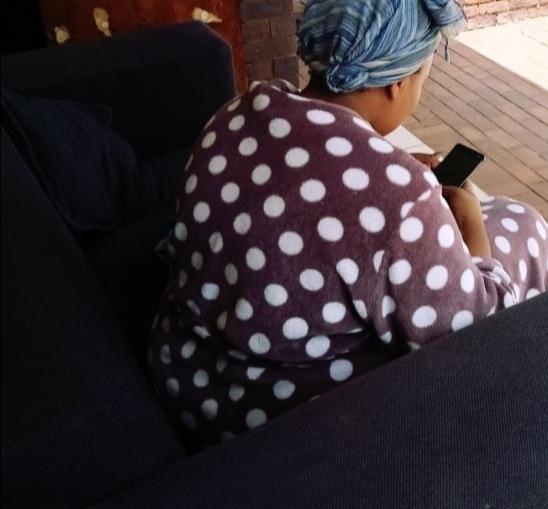 Nomalanga Mathole wants her mum to stop poking all her exes.

THEY had a beautiful relationship and she trusted her mum more than anyone else.

But now their relationship has been ruined. . .

HER MUM POKES HER EXES!

“I saw disturbing texts. They were talking about how great their sex was. I was so confused"

And she didn’t just poke one or two, but went after six of them – including a sex buddy.Although she understands that her mum has been lonely since her dad died in 2007, she told Daily Sun she wished her mum would leave her exes alone.

Nomalanga Mathole said she and her mum Grace (51) were best friends.

“I had a few friends and had no reason to trust them more than I trusted my mother,” said Nomalanga.

The 27-year-old from Kagiso, Mogale City, said she found out about the first ex in 2016 when she went through her mum’s phone.

“I saw disturbing texts. They were talking about how great their sex was. I was so confused, and when I questioned her about it she lied and told me she had no idea he was my ex,” said Nomalanga.

“But she knew he was my ex as I had told her. The relationship lasted three months because the guy always wanted to have sex with me even when I wasn’t in the mood.”

She said her mum was the one who encouraged her to break up with the guy. Her mum allegedly said later she didn’t think it was the same guy who they had been talking about.

Nomalanga forgave her mum, but Grace was allegedly at it again in 2018. This time she dated her daughter’s ex from 2017.

Nomalanga told Daily Sun she was watching TV one night when her mum walked into the house with the ex.

“I was shocked! He even had the nerve to greet me and they went straight to my mother’s bedroom.

“In the morning I asked why she was dating my ex. She told me to calm down and that their relationship wasn’t serious.”

Nomalanga was mad at her mum and decided to move on with her life.

She found herself a man on the dating App Tinder, and she was happy until she discovered he was married.

“My mother had access to my phone and stole the man’s number. I discovered they were dating when he fetched her for a dinner date.

“I was hurt but had no energy to confront her, so I kept quiet,” she said.

In March last year, Nomalanga discovered her mum was dating two of her exes at the same time. But these were never serious relationships.

She said she found out about one of them through a friend and found out about the other one when she bumped into them at the mall. They were holding hands, but she walked past without confronting them.

To add more salt to her already wounded heart, Nomalanga recently found out her mum was after a man she was sex buddies with during the festive season.

“He called me and told me he received a call from my mother asking to meet. He said he told her it wasn’t right and hung up on her,” she said.

Nomalanga suspected her mum dated these men while she was still with them.

But Grace told the People’s Paper Nomalanga’s exes are the ones who’re after her.

She said she didn’t see anything wrong with dating them as Nomalanga and the men were no longer together.

“I don’t know how Daily Sun will help her. If she’s hurt that much, she should talk to me and not the media. I’ll stop,” she said.

Asked more questions, she hung up.

The mum and daughter are no longer on speaking terms. Although they live in the same house, Nomalanga said she spent more time with her current lover. Nomalanga’s friend Princess Maleka (28) once tried to talk to Grace but she dismissed her.

“I was trying to drum some sense into her head because her daughter was hurting.

“She didn’t want to listen. She told me to leave her house before she called the police.

“I tried but failed. I hope someone will help Nomalanga after reading this story.”

One of Nomalanga’s exes, Kulani Mantsena (32), said he was surprised when he received a call from Grace.

“She told me she wanted to meet up, and I was heartbroken at the time so we went on several dates and poked a few times.

“ It was wrong, but she threw herself at me. I was vulnerable. I had no idea she was going through all of Nomalanga’s exes.”