THE new and refreshed Volkswagen T-Roc will go on sale in Mzansi at the end of July 2022.

The combination of an advanced look, sporty performance and solid flexibility have made the T-Roc a popular compact SUV in the local market.

The T-Roc, which is positioned between the recently launched Taigo and the Tiguan, has sold 4 490 units in South Africa since its market introduction in 2020.

A refreshed exterior defines the unmistakable appearance of the new Volkswagen T-Roc.

Innovative technology from higher car classes has now been integrated into the compact SUV model range. IQ.Light LED matrix headlights, which are available in the Touareg, Tiguan, Golf, Taigo and Polo, are available as an optional feature, as well as IQ.Drive assistance systems such as Travel Assist.

The interior has also been refined with high-quality materials, a re-designed infotainment display, as well as the Digital Cockpit as standard.

The lines of the new Volkswagen T-Roc exterior have been sharpened, making its unmistakable crossover design more striking. LED headlights and darkened rear lights are included as standard. With a soft-touch dash surface and distinctive seams, the new dash panel brings modern and top-quality design highlights to the interior of the new Volkswagen T-Roc.

The 8.0-inch infotainment display is designed like a tablet and positioned on the dash panel in line of sight with the instrument cluster behind the steering wheel.

In combination with the optional 8.0 inch Discover Media System, Apple CarPlay and Android Auto functions can also be integrated wirelessly into the control system via App-Connect Wireless, if desired. 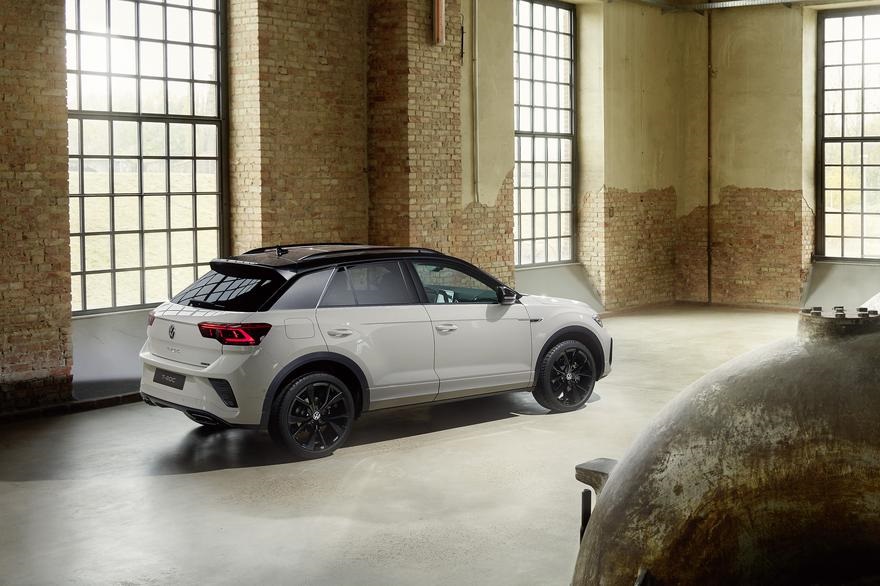 Two equipment lines are offered in the new Volkswagen T-Roc.

In Mzansi, the new T-Roc range will be offered in two equipment lines - the Design and top-of-the-range R-Line.

The Design Equipment line (available in the 1.4 TSI with 110kW and 2.0 TSI with 140kW) is offered with two-tone paintwork, chrome elements, background interior lighting and convenience seats.

The T-Roc R-Line’s unique character manifests itself in many ways such as in a striking, sporty bumper design and multi-function sports steering wheel with touch control.

The new T-Roc is available with efficient 1.4 TSI and 2.0 TSI engines.

The entry-level engine in the range is the four-cylinder 1.4 TSI with maximum output of 110kW and 250Nm of torque.

The T-Roc range is rounded off with the 2.0-litre TSI engine with 140kW of power and 320Nm of torque.