BABES VS MAMAZALA: The gloves are off! 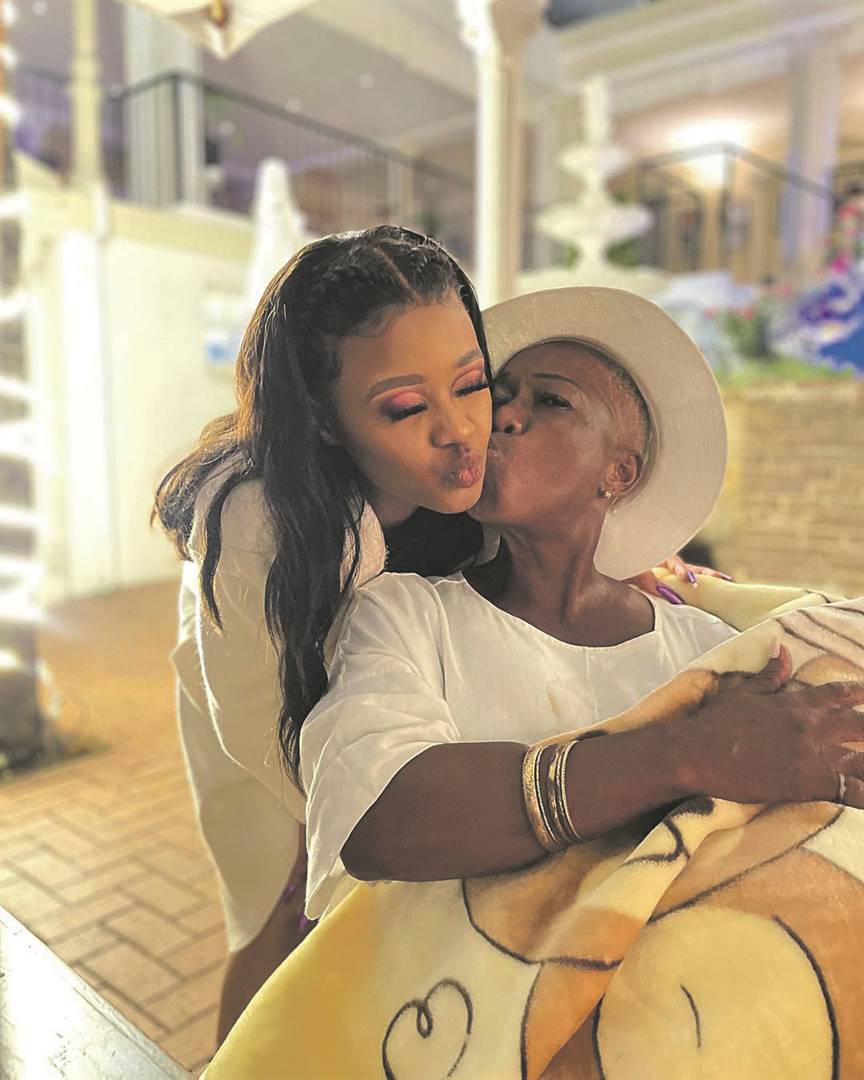 IT SEEMS like only yesterday that Babes and mamazala Zama kissed and made up for the world to see.

But it turns out the ceasefire was only a truce and not the end of hostilities.

AND THIS TIME THE GLOVES ARE OFF AND THE CLAWS ARE OUT LIKE NEVER BEFORE!

The fight is so bad that mother-in-law Zama Gumede has disowned Bongekile “Babes” Wodumo forever.

At the centre of the battle is payment for the reality show, uThando Lodumo.

The family of Mampintsha, Babes’ husband, complained they were never paid for the first and second season.

Due to the alleged non-payment Zama and Mampintsha’s sister, Pinki Gumede, approached Sthembiso Attorney to demand their money from Showmax.

Legal representative Sthembiso said: “At this stage we can’t divulge any information except that the matter is with us and we will be sending letters of demand to the relevant parties.”

On Saturday, Babes shared her WhatsApp status and wrote: “Ingakho umamezala ngingamthandi, ilamasimba awenzayo, nxa lo mama une drama,” which means (this is why I hate my mother-in-law. She’s doing shit and is full of drama).”

The status was seen by Daily Sun but subsequently removed.

It’s no surprise that Zama hit back at Babes and said she hated her in return.

“I saw her WhatsApp status and I don’t like her either. In fact, I hate her. Mampintsha should not have married her.”

But Zama went one step further. “Babes ... is not wife material,” she said.

“I don’t want to ever see her again, mainly because she abuses my son ... and we have to protect Mampintsha from her.

“I’ve had it with this girl and Mampintsha must never bring her to my house again.”

She said Babes and Mampintsha mustn’t even come to her funeral and she won’t go to theirs.

“I’ll do the same. I want nothing to do with Babes,” she said.

She told Daily Sun she didn’t attend her grandson’s birthday on Thursday, 16 June because of the ongoing fight.

“I love my grandson and I feel bad for missing his birthday, but his parents are evil. By now we should have performed the isiphandla welcoming ceremony and burned impepho for Sponge, but Babes has constantly refused to bring him home,” said Zama.

“She’s clearly stated she will not allow traditional ceremonies to be performed on her son because she’s a Christian.”

Not so long ago Babes publicly insulted Mampintsha’s mum, but she later apologised and said it was a publicity stunt for her song.

Zama has now responded to the apology.

“I can see her apology was not sincere. There was never peace between us. She made me look like a fool in front of the cameras.

“I guess she apologised merely because she wanted me to be part of the reality show. But this time around I’m not going back,” she said.

Daily Sun called both Mampintsha and Babes, but they didn’t answer their phones or respond to text messages.

She asked to be called after 30 minutes but when called, she was no longer taking calls.