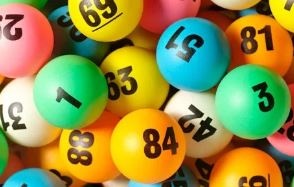 A single mom drowning in debt won R70.8m in the Powerball Plus draw of September 5, Ithuba said on Tuesday.

The winners are not named by the Powerball operators, but said she is a domestic worker who bought one R7.50 ticket at a Shell Garage.

She told Ithuba she had been drowning in debt as the sole breadwinner in her home.

"The night before the draw, she says she put her ticket in the Bible a friend had given her and went on her knees and prayed to God [to] give her a sign that soon all her troubles will be over.

"Continuing her story, she says she could not sleep and again at 03:00, she asked God to bless her and her family with good fortunes."

At first she thought she had done quite well by four winning numbers.

Ithuba customarily assists winners over the shock of overnight riches, and provides counselling and financial guidance on how to handle such a massive mindfall.