The community members came to pay their last respects to Amahle Quku, who will be buried in the Eastern Cape tomorrow. Photo by Bulelwa Mbadamane.

RESIDENTS of Philippi in Cape Town paid their last respects to Amahle Quku on Wednesday.

The 17-year-old young woman was raped and killed on 20 June.

Amahle, from Philippi, was found in Albert Luthuli Street in Brown’s Farm. A suspect was arrested in connection with her murder.

The suspect (25) will appear in the Wynberg Magistrates Court on Tuesday.

The teenager was found with her clothes ripped and rubble strewn around her. 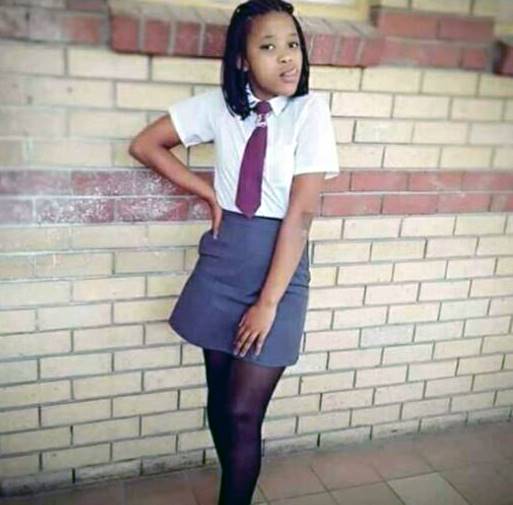 She will be buried tomorrow in the Eastern Cape.

The family had a memorial service on Wednesday.

Family member Mlinganisi Ncaphayi said they held a memorial service to allow the residents a chance to say their goodbyes to Amahle.

He said: “It was the right thing to do after supporting us since we got the news of Amahle’s death. We know they won’t be able to travel to the Eastern Cape.

He thanked Fihla Funeral Services for helping them when they didn’t know what to do.

“The funeral parlour helped us for free. They didn’t ask for a single cent,” said Mlinganisi.

Amahle’s classmate Asisipho Msutu (17) said: “Amahle was a nice girl who always cracked jokes. There was never a dull moment when she was around.”

She said Amahle wanted to be a social worker.

Bongile Fihla, director of Fihla Funeral Parlour, said they were alerted by one of the family members.

“We didn’t hesitate to bury her after the family approached us. This is us giving back to the community for supporting our business because if it wasn’t for them, we wouldn’t be where we are today,” said Fihla.

He said no parent deserved what the Quku family was going through.