'IM NOT PREGNANT, JUST GETTING FAT' 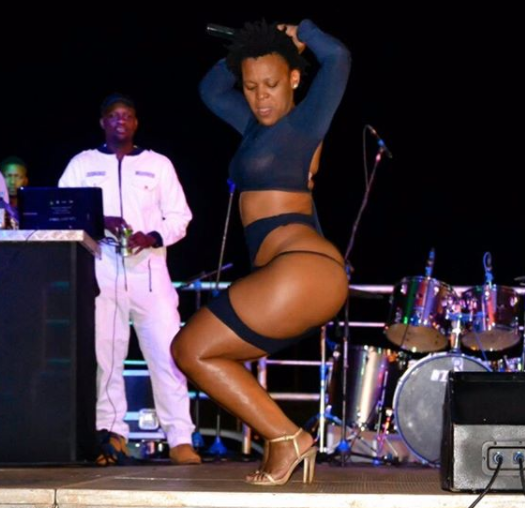 Our favourite local queen of the dance floor, Zodwa Wabantu has been working hard lately, trying to stay in shape.

The dancer recently posted a video on social media that showed her working out on a treadmill in her underwear.

READ: WATCH: ZODWA WORKS OUT IN HER UNDERWEAR

The star often refers to her body as “Umzimba Onemali,” loosely translated, “The body that has money” and that explains why she will not let it get out of shape.

She also posted another video of herself dancing in one of her revealing outfits, but one of her fans noticed something.

Taking note of the weight that the star has supposedly put on, one fan though she might be pregnant.

“Are you expecting Zodwa?” the fan asked.

“No babe, just getting fat,” Zodwa replied, dispelling any notion of her having another baby.

In fact, by the looks of things, Zodwa has no intentions of slowing down her career.

She recently made clear her desire to go into acting, saying she would relish a part on one of the popular local saopies, The Queen.

ALSO READ: ZODWA WANTS A ROLE ON THE QUEEN!