In Mzansi though, you are more likely to be murdered than kidnapped, according to murder statistics.

Therefore, driving a bullet-proof car could make you feel safe while running your errands at the mall or going to a meeting.

SVI Engineering, a leading specialist manufacturer of armoured products, has completed its first Toyota Land Cruiser 300 armoured to level B6, the highest grade of civilian protection allowed without a special permit.

The discreetly armoured Land Cruiser 300 is ready for delivery, with its new owner set to enjoy full protection against assault rifles (including an AK47, R5 and R1).

According to business development manager at SVI, Nicol Louw, the J300 series Land Cruiser makes for the perfect VIP vehicle when fitted with the Bashewa-based firm’s comprehensive B6 bullet-resistant package. 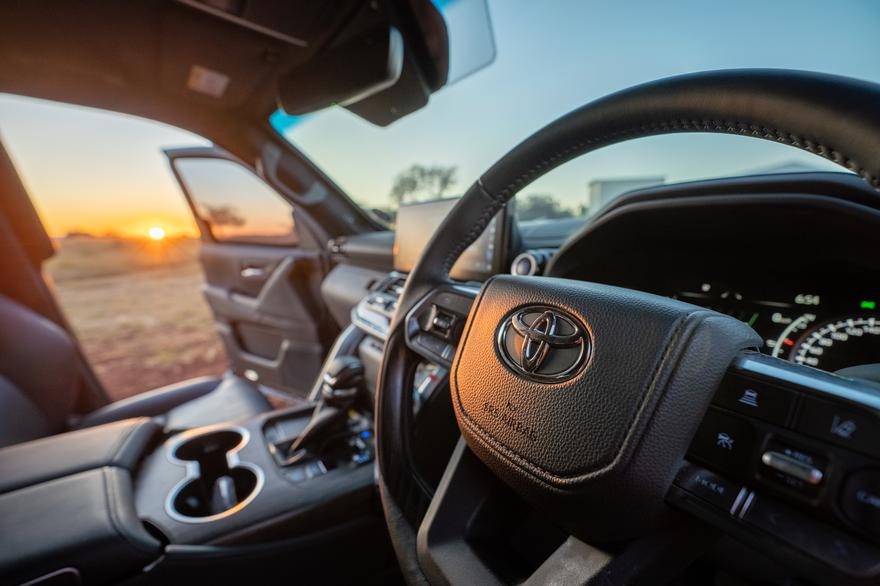 “The armoured Land Cruiser 200 has proven to be one of the most popular civilian vehicles with SVI clients over the years.

“Since the new Land Cruiser 300 is both lighter and more powerful than its predecessor, it’s even better suited to receiving our painstakingly developed B6 solution,” Louw said.

SVI’s team of engineers took the opportunity to make a series of improvements over the company’s already first-rate Land Cruiser 200 armouring package, drawing on the results of a specially commissioned VPAM 7 test that helped identify potential weak points and ultimately eliminate even the narrowest of ballistic gaps.

Lessons learned from this independent evaluation were implemented on the latest Land Cruiser 300 package, resulting in what SVI believes is a class-leading solution benefiting from the extensive use of custom-fabricated armoured steel plates, composite materials and 38mm ballistic glass.

The bulkhead has been moved further towards the rear of the vehicle, freeing up space to store valuables behind the rear bench, as well as affording occupants the option of reclining at a greater angle.

“Fitting our bespoke B6 armouring package to the Land Cruiser 300, whether clients opt for the twin-turbo 3.5-litre V6 petrol model or the 3.3-litre V6 turbodiesel version, results in the perfect bullet-resistant vehicle for high-profile individuals seeking the ultimate protection,” said Louw.

The 360-degree B6 armouring solution for the Land Cruiser 300 is priced from R981 823 (excluding VAT), while the list of options includes items such as B6 roof armour, B6 floor armour and heavy-duty runflat rings.

The build time is set at four months.