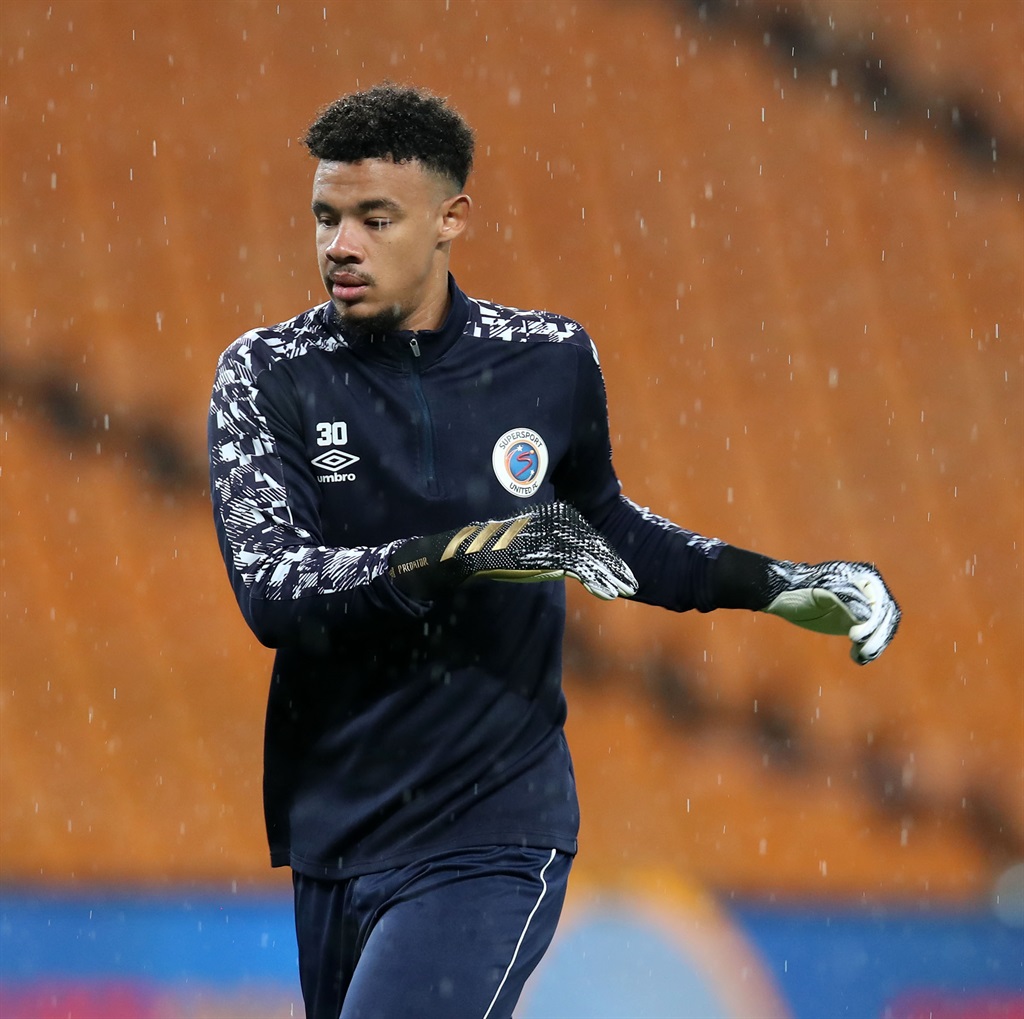 SUPERSPORT United captain Ronwen Williams has hinted that his time at the club could be coming to an end soon as he looks to fulfil his ambitions.

The Bafana Bafana skipper dreams of winning the DStv Premiership one day and he reckons his chances of achieving this would be much better elsewhere.

As a result, Williams is keen to negotiate a move away from the Tshwane outfit as he believes his ambitions could be higher than those of United.

The 30-year-old has been subject of interest for clubs such as Orlando Pirates and at some point, Mamelodi Sundowns.

He revealed that talks are currently ongoing between United and various suitors, adding that it would be refreshing to move on to greener pastures next season.

“There have been talks and we will see what is going to happen, but there has been some interest and now it will depend on if the club is willing to let me go,” said Williams, who was speaking at the Castle Lager “It’s Within” Media Engagement in Thembisa on Wednesday.

The event, which was held at Imbizo Shisanyama in Mall of Thembisa, was aimed at empowering township businesses with the engagement facilitated by TV & radio host and entrepreneur, DJ Sbu also known as Sbusiso Leope.

“But, like I said, I’m happy at SuperSport. We will see in the next few weeks what’s going to happen.”

Williams’ desire to leave United is fuelled by his ambition to win the league and this might give a strong indication of his next destination.

In the past five seasons on the spin, only one team has won the Premiership - Mamelodi Sundowns- meaning they present Williams with the strongest chance of realising his goal.

“My ambitions are to win the league,” revealed Williams.

“I told them (SuperSport ) I haven’t won the league and obviously the direction the club is going in now we should be realistic, we’ve got a lot of youngsters, there’s no chance that we can challenge the bigger boys.

“I can’t see us winning the league title. Yes, we will challenge for the cups here and there, but I’ve got bigger ambitions than that. We will see what happens, but if I stay, I will give my all like I always do.”