Tinkler on the brink of bringing continental football to Cape Town 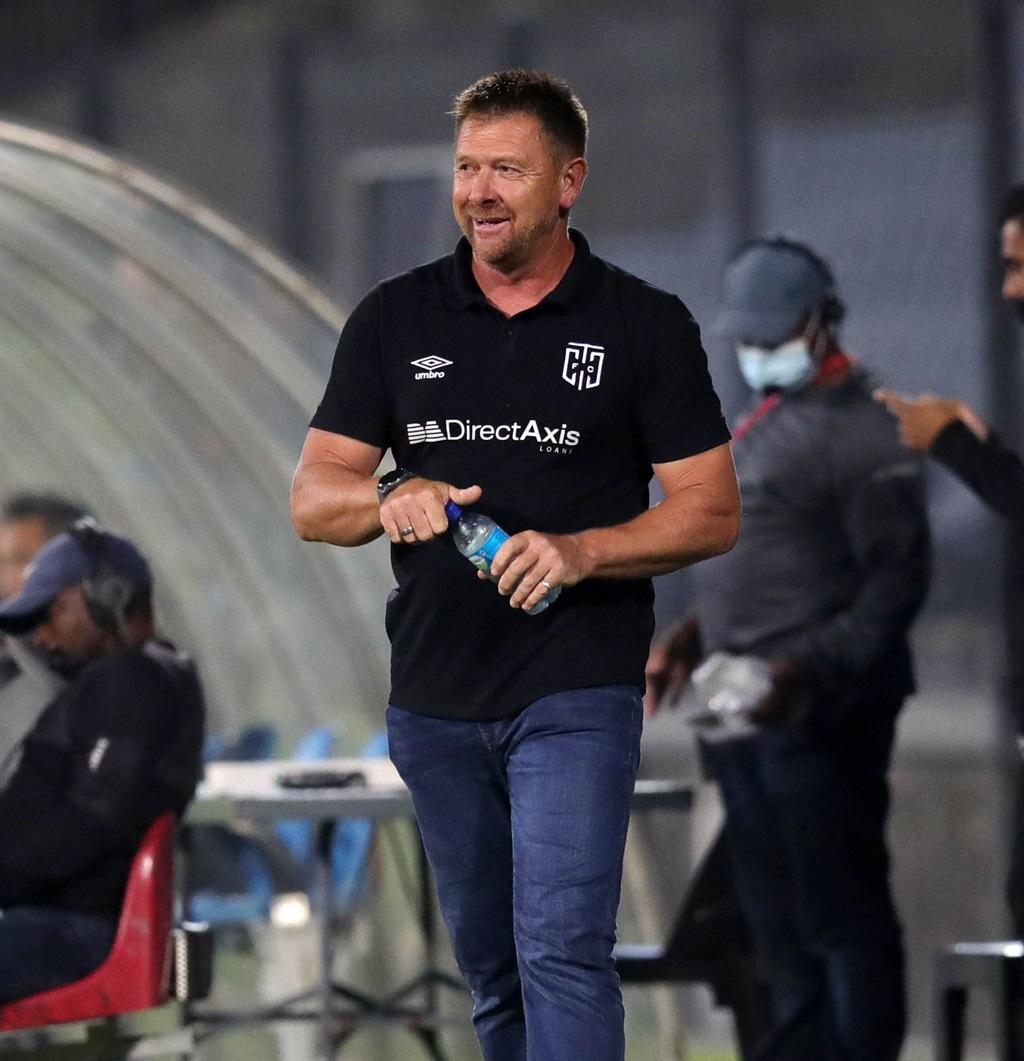 CAPE Town City FC will be looking to maintain their unbeaten run in 2022 when they host AmaZulu in the DStv Premiership match at the DHL Stadium on Saturday (3pm).

The Citizens are currently enjoying one of the longest unbeaten run as they have not tasted a defeat in their last 12 matches.

That has seen them being in a good position to qualify for the continental competition if they finish within the top three teams in the league.

They are currently second on the table with 48 points from 28 outings.

The Citizens are three points ahead of third-placed Royal AM, who have a game in hand.

The club coach, Eric Tinkler, has warned his charges that they will have to be at their best when they face Usuthiu under interim coach Brandon Truther.

"We have confidence in our own ability, but we know it's going to be a tough game because AmaZulu are a good team with a lot of talented players," said Tinkler.

"And again, we are going to have to be at our best. It doesn't matter who you played last week. We played TS Galaxy, and they are bottom of the log, and you saw how difficult the game was.

"So you are expecting an even harder challenge against AmaZulu."Meanwhile, AmaZulu have seen improvement since the arrival of Truter as they have now played five matches without a loss.

They heading to Cape Town, sitting in position seven with 40 points same as Orlando Pirates.

They are also still in contention for a podium finish.

Talking ahead of their trip to Cape Town, AmaZulu defender Tapelo Xoki said the pressure is not on them but on the hosts.

He said: "It's a huge one. They are at an advantage, so the pressure is on them. We are trying to catch up with the rest of the group. For us to be where we want to be we have to beat teams who are in and around us."