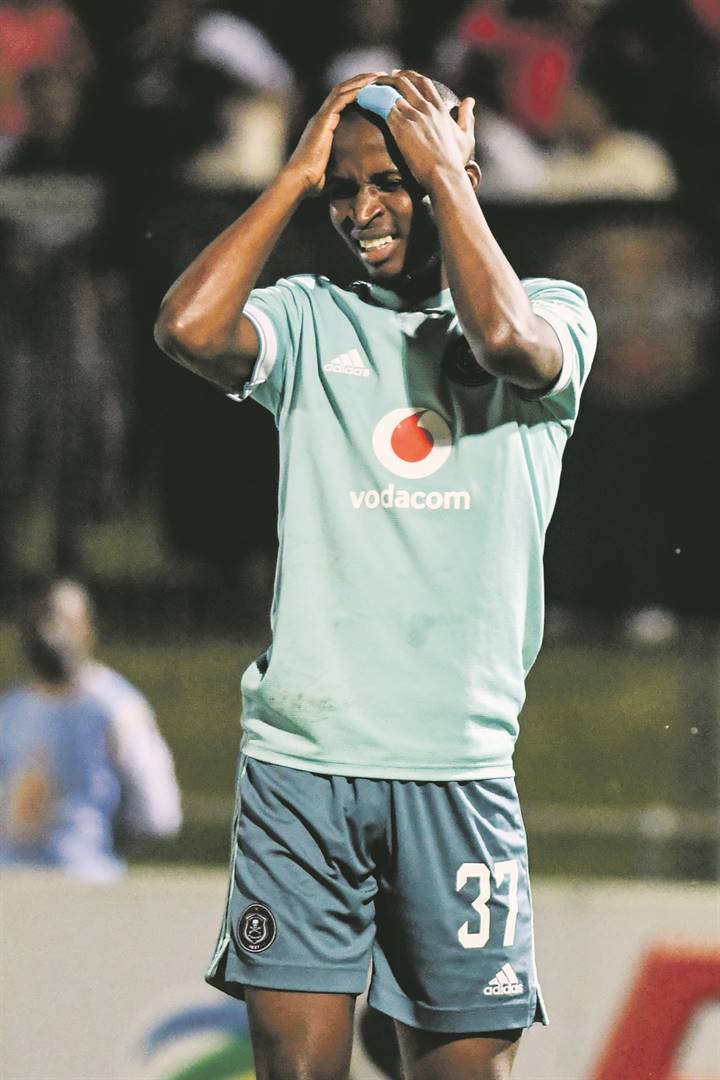 Terrence Dzvukamanja is likely to be released by Orlando Pirates on loan. Photo byBackpagePix

FOLLOWING the departure of seven players, more are expected to head for the exit door at Orlando Pirates as the club continues to prepare for the new season.

They joined Thulani Hlatshwayo who was the first player to be shown the door by the club.

Information reaching SunSport is that Pirates will continue to wield the axe in the coming days.

However, the club is yet to decide on whether they will release them outright or loan them out.

“The club confirmed the players who are no longer needed, but there’s still more,” claimed the informant.

“Other players, who have struggled with game time such as Tlolane, want to leave. Negotiations are still underway with certain players.”

Tlolane spent most of his time on loan since he joined Pirates.

Midfielder, Mntambo, has been linked with a move to Sekhukhune United.

“Pirates are still in negotiations with Sekhukhune on Mntambo’s services. He is likely to join them,” added the source.

Attacking midfielder, Makgaka, who joined Pirates from Baroka in September 2020, is also expected to leave.

He failed to crack it in the Buccaneers set-up.

Makgaka was believed to be the next big star. However, he has failed to live up to expectation and has been surpassed by Goodman Mosele who arrived at Pirates at the beginning of last season.

So far, Pirates have confirmed the signings of four players – Evidence Makgopa from Baroka, Miguel Timm from Marumo Gallants, as well as Bienvenu Eva Nga and Azola Matrose who join Bucs from Chippa United.