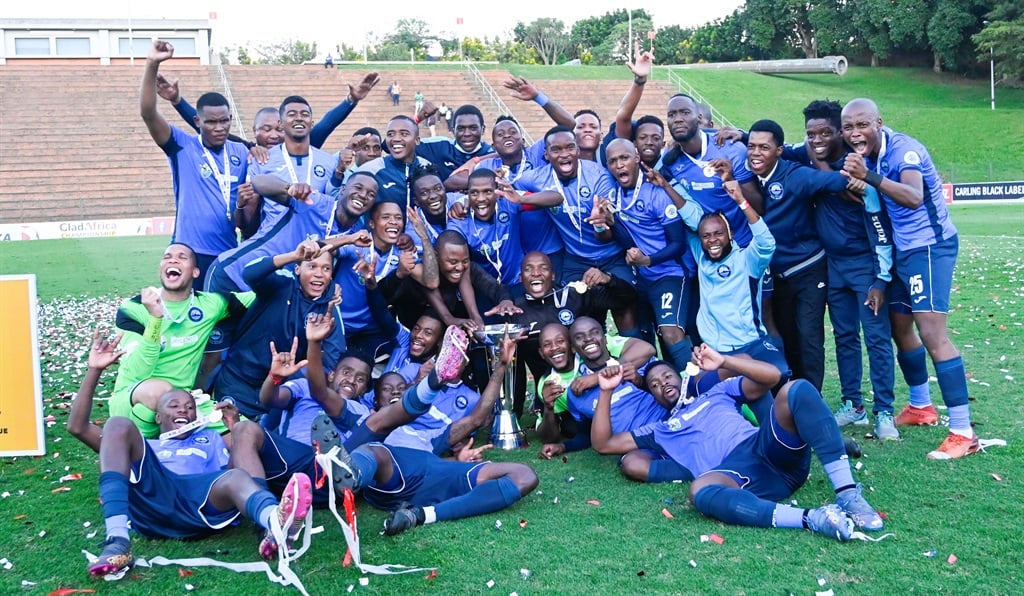 MORE rewards are on their way for Richards Bay players.

Bay chairman Sifiso Biyela has confirmed his club will host their player awards following their automatic promotion to the DStv Premiership next season after winning the GladAfrica Championship.

This is another incentive to the players, who Biyela confirmed will share R1.5 million of the R3m prize money for winning the Championship.

At one stage the Natal Rich Boyz went 19 league games unbeaten and Biyela says they deserve to be honoured for that.

Beyala praised his players and said: “This means we do acknowledge the work you (players) did,” said Biyela. “What I liked is that, from day one your spirit was high. At some point, we went for a long unbeaten streak. That showed to me that you needed this league trophy and we are all proud of you with the commitment you showed.”

Biyela also assured that his club will not be relegated after just one season in the top flight. He said they are in the Premiership to stay.

For any team to survive in the DStv Premiership, 30 points is usually enough to retain their Premiership status.