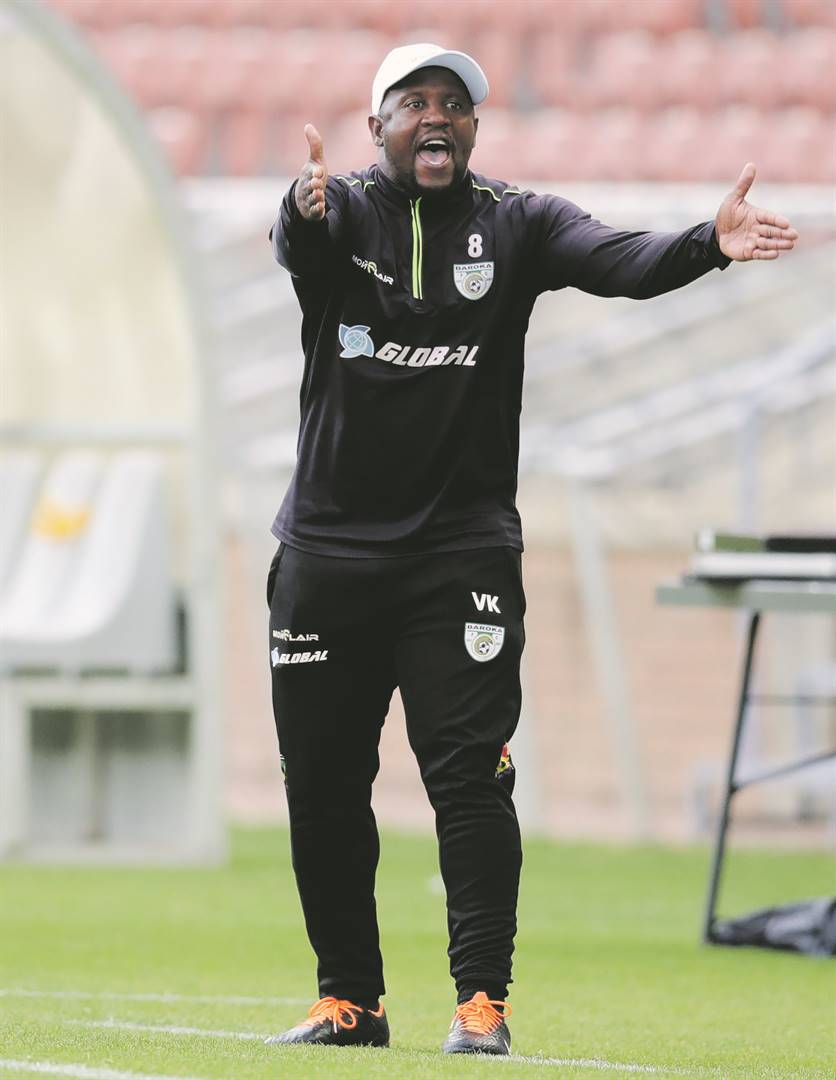 Vincent Kobola has expressed his interest to lead Baroka FC on a permanent basis.Photo by BackpagePix

Baroka FC interim coach, Vincent Kobola, said he would love to take charge of Bakgaga on a permanent basis in the GladAfrica Championship next season.

The Limpopo outfit were relegated after they finished at the bottom of the PSL.

The 37-year-old was appointed to lead Baroka last month after they demoted their head coach Kgoloko Thobejane to the club’s DStv Diski Challenge side following a string of poor results. .

And now the former Cape Town City and Swallows defender, who was in charge of only four league matches with the Limpopo-based side, believes he is the right man to guide Baroka back to the top flight next season.

Despite Baroka being relegated, the young coach did a fine job in his four matches in charge. Under Kobola, Baroka won two matches, drew one and suffered one defeat.

Thobejane, who replaced Thoka Matsimela last year in November was at the helm for 16 league matches, winning two, drawing four and losing 10.

In 10 league matches Matsimela was in charge, he won only two, drew two and lost six.

Many believe if Kobola was given a chance earlier, the Polokwane-born mentor could have saved Baroka.

“I’m disappointed that we couldn’t save the team,” said Kobola, who has also worked as an assistant coach to Bafana Bafana legend Eric Tinkler at Chippa United (2018) and Maritzburg United (2019).

“But the experience of leading a team in the Premiership was amazing for me. Now I believe I can continue where we left off, if given a chance.

“I know it’s not going to be easy in the Championship, but I want to see Baroka return to the top flight soon.

“However, it’s not up to me but chairman Khurishi Mphahlele to appoint a coach he prefers.”

Kobola also revealed to SunSport that he will have a meeting with Mphahlele this week to discuss his future with the club.