Hlungwani and Tinyani drop their whistles 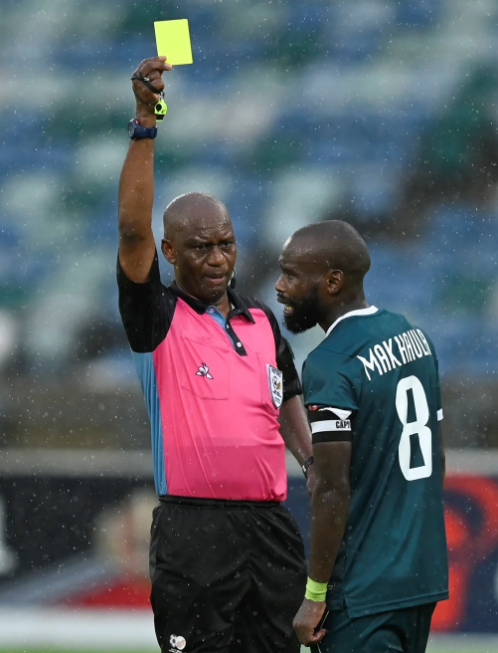 Veteran referees Victor Hlungwani and Phillip Shumani Tinyani are on the verge of retiring from refereeing, the SA Football Association (Safa) has confirmed.

As reported by SunSport, Hlungwani along with fellow veteran referee Tinyane will call it quits after serving Mzansi football for over two decades.

In a statement on the Safa website, the association confirmed that the pair had blown their whistles for the last time.

Hlungwani, who hails from Giyani, Limpopo, started refereeing in 1991 at the tender age of 15 before joining the SAFA LFA in 1992, according to the Safa website.

The imposing match official made his PSL debut in 2002/2003 season when he officiated in the Nedbank Cup match featuring Santos and Island FC.

He has served in the top-flight football with distinction for 20 years and until recently, was on the FIFA international panel.In 2011/2012, Hlungwani was voted the PSL Referee of the Year.

Hlungwani’s colleague, Tinyani, made his first PSL appearance in the 2003/2004 season and has served in the top-flight football for the past 19 years.

Safa chair of referee, Natasha Tsichlas said the Association and the country would like to thank these two football servants for their contribution to the game and inspiring the next generation of match officials.

‘’On behalf of SAFA President, Dr Danny Jordaan and the football fraternity, I would like to thank the two for their professionalism and dedication to the game,” said Tsichlas.

“I hope with their wealth of experience, SAFA will continue to utilize their experience in producing the future generation of referees.”