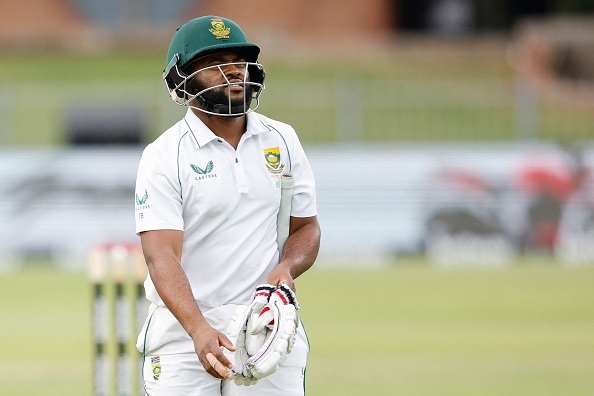 PROTEAS captain Temba Bavuma has been delighted with how his teammates have fared in the Indian Premier League (IPL) this season.

Bavuma has been watching the tournament with keen interest as he prepares to lead his side in five T-20 Internationals against India next month.

And his compatriots have left a broad smile on the diminutive batsman’s face with some sterling performances, especially with the bat.

The likes of Quinton de Kock and David Miller, who will be part of the Proteas team that will tour India, have been in irresistible form with the willow in the IPL, much to Bavuma’s delight.

De Kock, the Proteas’ destructive wicketkeeper-batsman, recently smashed an unbeaten 140 for the Lucknow Super Giants as they got the better of the Kolkata Knight Riders.

This was the third-highest individual score in the history of the tournament and surpassed former Proteas team-mate AB de Villiers' unbeaten 133 against Mumbai Indians in 2015.

And on Tuesday, David Miller, the Proteas most trusted finisher, also displayed his skills as he led the Gujarat Titans into the final with a stunning 68 not out against the Rajasthan Royals.

These performances have filled Proteas skipper Bavuma with plenty of encouragement that his side can beat India in their own condition as they have players who have excelled there in the IPL.

“I think this is a tour that people can look forward to, we have a couple of our guys who are in good form,” said Bavuma, who was speaking at the Castle Lager “It’s Within” Media Engagement in Thembisa on Wednesday.

The event, which was held at Imbizo Shisanyama in Mall of Thembisa, was aimed at empowering township businesses with the engagement facilitated by TV & radio host and entrepreneur, DJ Sbu also known as Sbusiso Leope.

“We saw David Miller smashing the lights out in his last game. And we have also seen Quinny (de Kock) doing his thing the other day. KG (Kagiso Rabada) has also been good, so I think it will be a good and exciting series.”

The Proteas have not played a single T-20 since the last World Cup in the United Arab Emirates and Oman and Bavuma has admitted that this hasn’t been ideal, especially as they prepare for the next World Cup in Australia later this year.

“There’s not much we can do about it, as a team we don’t schedule the fixtures,” added Bavuma.

“We just have to deal with the cards that we have been dealt.”