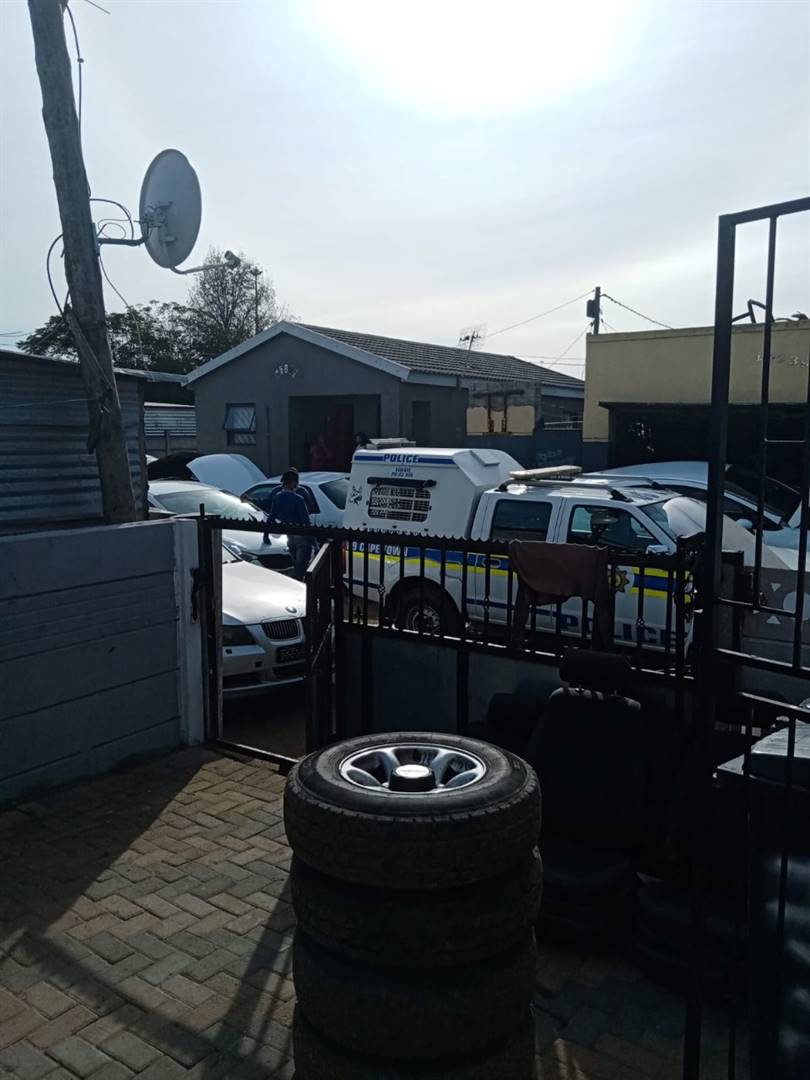 Cops in Cape Town pounced on a chop shop in Wallacedene on Monday morning.

COPS in Cape Town discovered a chop shop full of stolen vehicle engines and other parts with an estimated value of R4 million.

The cops made the discovery when they raided a house in Wallacedene, Kraaifontein, on Monday morning, 23 May.

Cops arrested a 48-year-old man for possession of stolen vehicles found at the premises.

“On Monday, 23 May, at about 8am, SAPS members conducted an operation at a chop shop in Wallacedene, Kraaifontein.

“They had observed the premises over a period of time, monitoring suspicious activities.

“Four vehicles that were reported stolen in different policing areas were seized, as well as several car parts and equipment.

The suspect is expected to appear in the Blue Downs Magistrates Court tomorrow, 25 May.

Cops said they are still investigating and a possibility of more arrests is not ruled out.

Meanwhile, on 26 April, cops bust four people after they pounced on a chop shop at Block 54 in Kuyasa, Khayelitsha.

Police nabbed the four men, aged between 24 and 35, while they were busy stripping off two vehicles.

An investigation by the cops revealed that the two cars had been stolen in the Sea Point and Rondebosch areas. Cops also discovered several number plates and car parts inside the chop shop.