'It was the biggest shock of my life' 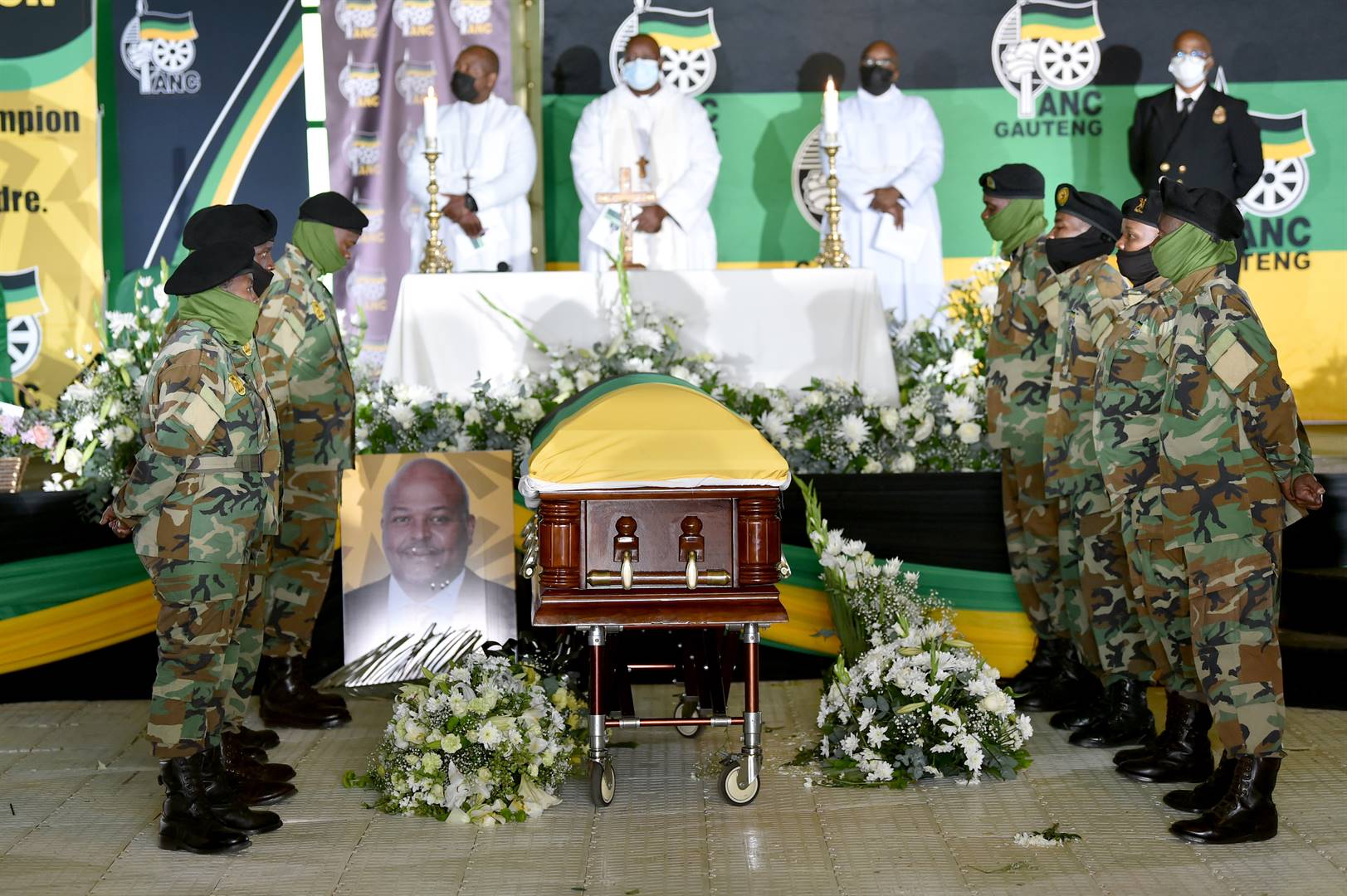 FAMILY, friends and colleagues said goodbye to former Joburg mayor Mpho Moerane during an emotional send-off on Sunday, 22 May.

In a letter written by his wife Fikile read at the funeral, she said it felt like a dream.

“I keep hoping that I will wake up and find you close to me, loving me with untainted intensity,” she wrote.

“I keep hoping that I will feel you nudging me to wake up and eventually hear your sweet and loving voice urging me to come back to reality.”

Moerane’s daughter Neo said she’d hoped her father would walk her down the aisle one day. She said in her speech at his 50th birthday two years ago, she even said she looked forward to it.

“Dad, the day you left was the biggest shock of my life. Nothing could have prepared me for this,” she said.

“Never would I have thought at the age of 17, I’d have to bury you. I live each day wondering how I will get through this life without you.”

Ramaphosa said Moerane believed in taking responsibility, including for decisions made by his predecessors.

“Where his movement deployed him, he went. As a country we are fighting many fires. It is not an easy time to lead and yet lead we must.

“He was determined to be deployed wherever he could to provide leadership,” he said.

The president said Moerane loved the City of Joburg dearly.

“I got to see, feel and touch the passion he had as we worked together during the local government elections. What struck me was how well informed he was about the plight of our people and the challenges they face,” he said.

Moerane was laid to rest at Fourways Memorial Park.

Related Links
Friend: Moerane was trapped in his car!
WATCH: Moerane family - 'He was killed many times before his death’
Next on Daily Sun
WATCH: How 21 kids died in a tavern