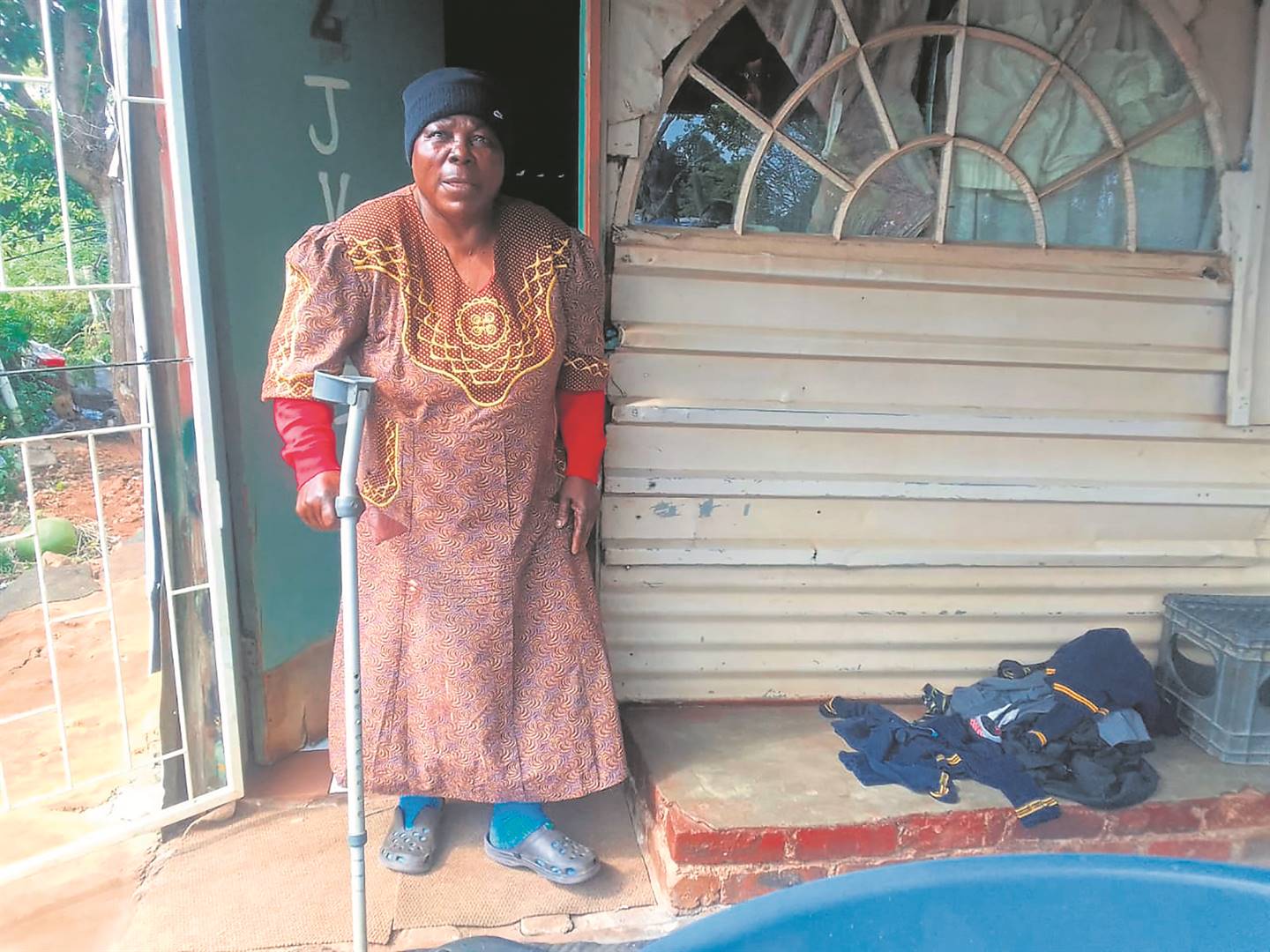 Josephine Maila said God hasn’t let her down, but the municipality is failing her. Photo by ­ Raymond Morare

GOGO JOSEPHINE Maila applied for an RDP house in 2000 and never got one.

When she went to check the status of her application in 2018, an official allegedly told her she was too young to qualify for an RDP house.

She said she felt helpless when the official told her this.

The 75-year-old gogo from Jeffesville informal settlement in Atteridgeville, Tshwane, who’s living with a disability, is still waiting for a house.

“I don’t know how the municipality works. People who applied before me are living in RDP houses and I’m still suffering in a shack,” she said.

Gogo Josephine said she was diagnosed with kidney failure in 2010.

“I’ve been praying a lot to God to help me regain my strength and start walking, and the Lord has not disappointed me. It is a miracle I can now walk a bit.

“But the municipality is failing me,” she said.

“I want an RDP house so that I can live a better life like all South Africans. This delay of an RDP is affecting my daily life, especially my health.”

Gogo Josephine lives with her makoti, Peggy (40), who is taking care of her.

Peggy said her wish was for her mamazala to get an RDP house.

Tshwane mayoral spokesman Sipho Stuurman said: “The Department of Housing and Sustainable Department has conducted an investigation and according to our records, Maila applied to be on the NHNR (waiting list) system on 14 August 2000.

“At the moment, we don’t have any on-going project in Atteridgeville. We would like to ask her to bear with us until there’s a project.

“As soon as we have an approved project in Atteridgeville, Maila will be advised accordingly.”

Stuurman said to qualify for an RDP house, the person must be 21 years and older.