Amaphara have no mercy for amadlozi 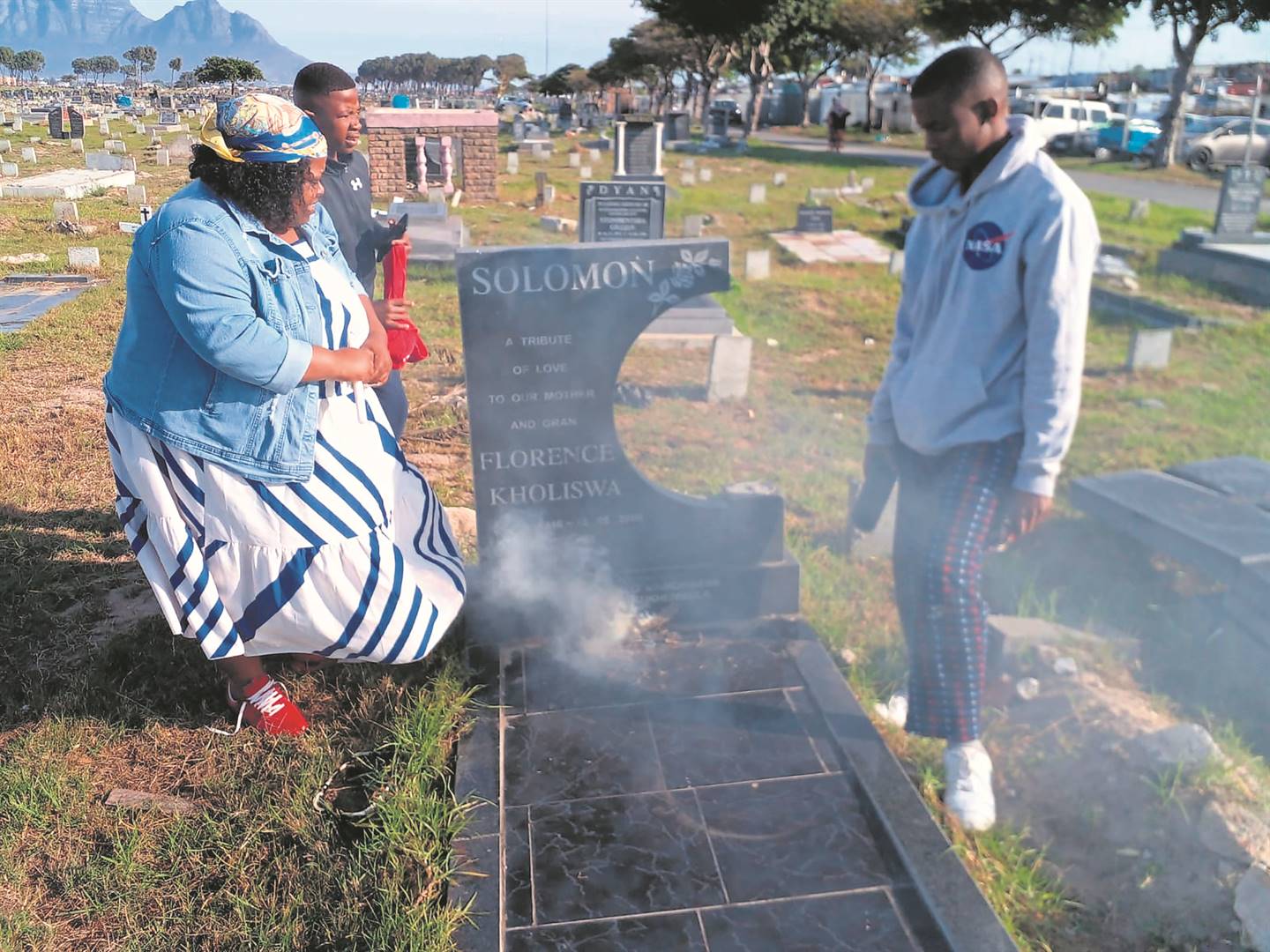 Zanele Solomon and her nephews, Hlumelo and Hlomla, from Nyanga in Cape Town said they have to hide their cash offering to amadlozi under burnt impepho so amapharaphara don’t steal it. Photo by Lulekwa Mbadamane

WHENEVER residents leave money at their loved ones’ graves, it disappears after some time.

And residents of Nyanga, Cape Town, are accusing amapharaphara who hide in graveyards of stealing the money.

Zanele Solomon (47) from Nyanga said they have to burn impepho and then hide their money under the ashes.

“They take it if you leave it in the open. These boys have no respect at all,” she said.

Speaking about the significance of leaving money at a grave, Zanele said it is a way of giving back to the ancestors.

“We burn impepho, pour umqombothi and leave some coins at the graveyard when we are giving back to our ancestors,” said Zanele.

“Our communication with our ancestors is a two-way street, we ask them to walk with us in everything we do. In return, we must also give them money, umqombothi and burn imphepo just to appreciate and connect with them,” said Zanele. Zanele Solomon with her two nephews Hlumelo and Hlomla at Gugulethu say they had to hide their money behind the ashes of burnt imphepo as a way to hide it from amapharaphara. Photo by Lulekwa Mbadamane Photo by

Another resident, Sakhumzi Jiyose (44), said his family left R35 in coins at their grandfather’s grave on 30 April, but it was gone when they went back on Sunday, 8 May.

“This is not the first time and we don’t know what to do because amapharaphara seem to know that families leave some money when they burn imphepo and do other rituals.

“They follow up and steal the money.“We are left with no option but to hide the money from amapharaphara, but it really feels like they are robbing our ancestors,” said Sakhumzi.

He said they have now devised new ways to hide the money in the tombstone.

“They take anything they see as valuable at the graveyard so when people say they take money we don’t doubt them,” said a car wash owner.

Sangoma Lonwabo Mqungwana (58) from Mbekweni outside Cape Town said: “When When people perform traditional rituals at graveyards, they are communicating with their ancestors and they give them something as a way to thank them for what they are doing to them.“But these boys take what is meant for the ancestors, they bring curses on their lives because what they are doing amounts to robbery. You cannot do that.”