How to explain the father's absence to children 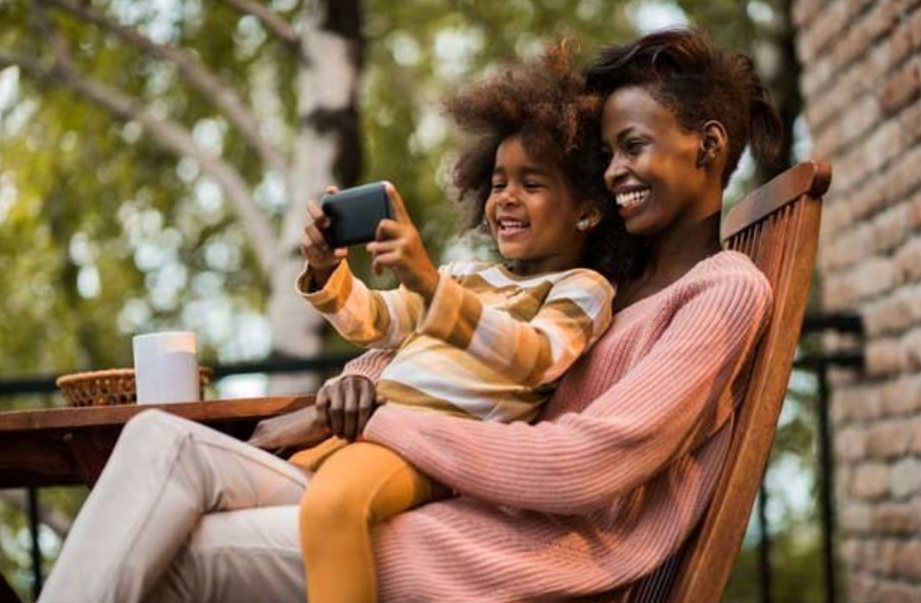 I was advised at the time to raise her with a very clear understanding that she didn’t have a dad. (iStock)

When Kim’s daughter Caz was three, a stranger asked her where her dad was.

She simply answered: "I don’t have one."

Kim, from Cape Town, fell pregnant at 18, and the father was out of the picture from the beginning.

"I was advised at the time to raise her with a very clear understanding that she didn’t have a dad. There was no secrecy around it. If there was a Father’s Day thing at the school my dad or one of my friends would step in."

More questions arose when Caz was seven years old and heard about how babies are made.

Kim says: "She came storming out of school and said I’d lied to her. She does have a dad. I then had two tricky conversations – how babies are made, and the concept of what fathers are."

"I explained that biologically he made her, but he’s not a dad. Providing a sperm or an egg doesn’t make you a parent. A father is a very present person. I had my father to point to as an example of a dad."

The two-together-parents with 2.4 kids set-up is rare in South Africa.

Many children are growing up in very different family configurations and many with fathers who are – whether through choice or circumstance – absent from their lives.

It brings up the question of when and how to talk to your child about their father, and what to say.

If the conversation hasn’t arisen before, it’s likely to come up when children start preschool and begin to pick up that other kids’ families are different.

This is the way our family is

Either way, your child might have questions like: Why don’t I have a dad? Who is my dad? Why doesn’t he live with us? Can I meet him?

Kim’s advice to anyone in her situation is to go with the facts.

"Don’t make up a story. Let the child know that there are different ways of creating a family."

Claudia Abdelhamid, parenting and youth services manager of Family Life Centre in Johannesburg, explains that the question of the "missing" parent is an important one psychologically.

She says: "At quite a young age, they start to have an awareness that they are 'made up' of two people – mom and dad. If there’s no present or known dad, there’s a part of themselves that they don’t know."

"They might not understand it in that way, but part of what the child is yearning for is to know that part of themselves. A child may experience the father’s absence as rejection – 'I wasn’t good enough, that’s why he didn’t stick around'."

"As in divorce cases, we often see children who feel that they’ve somehow caused the situation. But it is never the child’s fault, no matter what the circumstance," she says.

Also common is a fantasy that everything would be 'fixed' and life would be perfect if only they had a present dad.

"The message I would try to impart is that it’s okay to wish for something different, but it’s also important to be realistic and to appreciate the family and relationship that is present," Claudia says.

When a parent is absent from a child’s life, it's a loss for the child and for you.

You may feel angry at being left without support and even guilt at not being able to provide the idealised two-parent family with all the stability and resources that would entail.

"Believe that what you’re doing is good enough. Acknowledge your pain and anger, and deal with it, so that you can hold your child’s feelings. It’s important to validate the child’s feelings. Let them know the longing and pain is real, allowed and appropriate," Claudia suggests.

"A child will work out early on that Mom gets hurt or sad when they talk about Dad, and they might shut down. Let them know it’s okay to talk about Dad, even if you aren’t always going to be able to give them the full answer," she says.

'And that was it'

The attitude and position of the present parent will affect how the child deals with the situation.

Georgina, 41, from Johannesburg, speaks from the perspective of the child of an absent father: "There was no contact, no sense of his existence, and that was always understood."

"I was raised by my mom, and that was it. She wanted a baby, and he didn’t, and she was determined to just get on with it."

"There was no sense of 'poor us'. She was proud of the fact that she had freed him of all responsibilities and always spoke nicely about him. She took ownership of her choice, and I think that made it easier for me."

When you don’t know

The child will probably be curious about their biological father – do I look like him? What colour eyes does he have?

It's often a good idea to tell the child what you do know. If you do have positive memories or specific attributes that you can share, it might be helpful.

Sometimes, in the case of a sperm donor or adoption or very short-term relationship, you may know nothing or almost nothing about the child’s father.

"It can be hard for a child to realise that they’ll never know their biological father," Claudia explains.

"It is a loss for them, although it is often simpler than having a father who just doesn’t want to be part of their life. If you don’t know the answers to questions, be honest. Say, I wish I knew, but I don’t."

It’s best to be as honest as you can, although what you say will depend on your specific situation and the reason for the father's absence.

Claudia says: "I never advise parents to lie, although there are circumstances where you might be less forthcoming about the details. And remember, it’s an ongoing conversation, not a once-off.

"The subject will come up at different times in the child’s life, and you’ll give more information and answer in an age-appropriate way."

It’s generally a good idea not to be overly critical. This is particularly difficult when the father just doesn’t want to be involved, and it feels like he's neglecting his duties and leaving you with all the responsibilities, but it's worth trying.

"For the child, you are talking about someone responsible for half of them, and they internalise those negative feelings you have for the absent parent. If you say, 'Your dad is worthless and irresponsible', on some level they feel it applies to them," explains Claudia.

The moms we spoke to say that it isn't easy to strike a balance between answering the child's questions with honesty, saving their feelings and making space for a potential relationship with their father in the future.

Melanie, also from Cape Town, was left to raise her son alone when her partner left to "go find himself".

She explains that she at first went to a lot of effort to keep the relationship between father and son alive.

"When my son was little, I covered for my ex all the time. I bought birthday gifts from him and reminded him to call on his son's birthday. I tried to facilitate visits and encouraged him and his family to be involved, although they never showed much interest," she says.

"I did it for my son, to make things better for him, but by the time he was ten years old, it just felt dishonest.

"It felt like I was lying to him rather than protecting him. I stopped, and my ex pretty much disappeared."

She says that her son, now a young adult, seems relatively unscathed.

"When he was quite young, he started referring to his biological father by his first name, rather than Dad. When I got married, he called my new husband Dad. He’s quite pragmatic about his father and doesn’t see his lack of involvement as a reflection of his worth."

Going it alone is a huge task and comes with a lot of responsibility and stress.

It might not be how you envisioned your family structure, but your child can survive and thrive.

Keep the communication channels open, and reassure your child of your love and presence.

What to say when they ask

Start early, have the conversation and keep it general.

As your child gets older, you can be more detailed and specific. Keep the discussion going – it's not a once-off conversation.

Reassure the child that even though Dad isn't in the picture, you are there for him and always will be.

Here are some examples of what you might tell young children:

When he’s an anonymous sperm donor:

"Mom and Mommy don’t have sperm, so we got sperm from somewhere else."

It is hard to explain something like drug addiction or debilitating mental illness to a young child, but you might say something like, "Daddy is not well, and he’s not able to be around for us in the ways we want him to," or "He has problems that he needs to work on himself, not with us".

"Unfortunately, Dad has a very bad temper, and the reason he can’t be around us is to keep us safe."

When he’s moved away:

"Dad went to live and work in England with Jane and the new baby."

Or: "Sometimes moms and dads don’t get along well. We decided it would be better for everyone if we are apart, and now he lives far away".

When he just doesn’t want to be involved:

"He wasn’t ready to be a father" or "Some people aren’t suited to being dads".