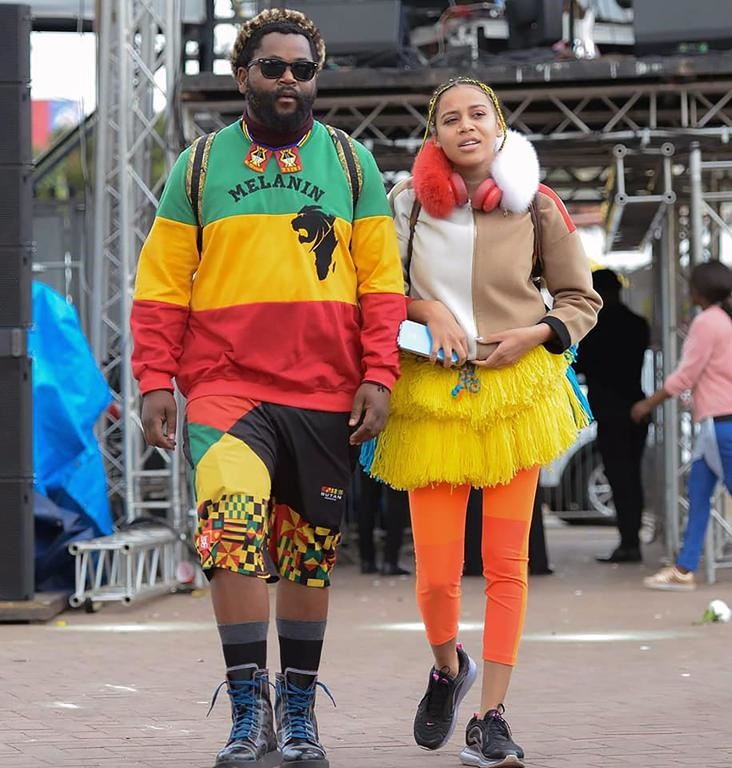 HOT OR NOT: BET International Award winners Sjava and Sho Madjozi were seen hanging together in KZN at the weekend. Photo by Instagram/Eyadini Lounge

This is the question on many people’s minds.

This after the two were spotted looking very cosy in Durban over the weekend.

People were quick to say they suspect the two were dating.

She denied being in a relationship with the rapper, whose real name is Jabulani Hadebe.

The Limpopo-born singer, whose real name is Maya Wegerif, told Daily Sun they happened to take a picture together in Durban, but that didn’t mean they were dating.

“I know the picture that had people thinking we are dating. I had some glitter on my head and Sjava was helping to remove it. But some photographer captured that moment,” she said.

She praised the photographer.

“That’s a beautiful picture he took. I’m even thinking of printing and keeping it,” she said.

“It’s just a Tsonga princess and a Zulu prince taking a photo together. That’s why people love that picture.”

Many people on social media said the two looked good together.

This is what they said on the Daily Sun Facebook page:

) Ngwanamohuba Ramoloto said: “They are both South African BET award winners. They might as well make it official.”

He did not answer his phone and did not reply to SMSes.