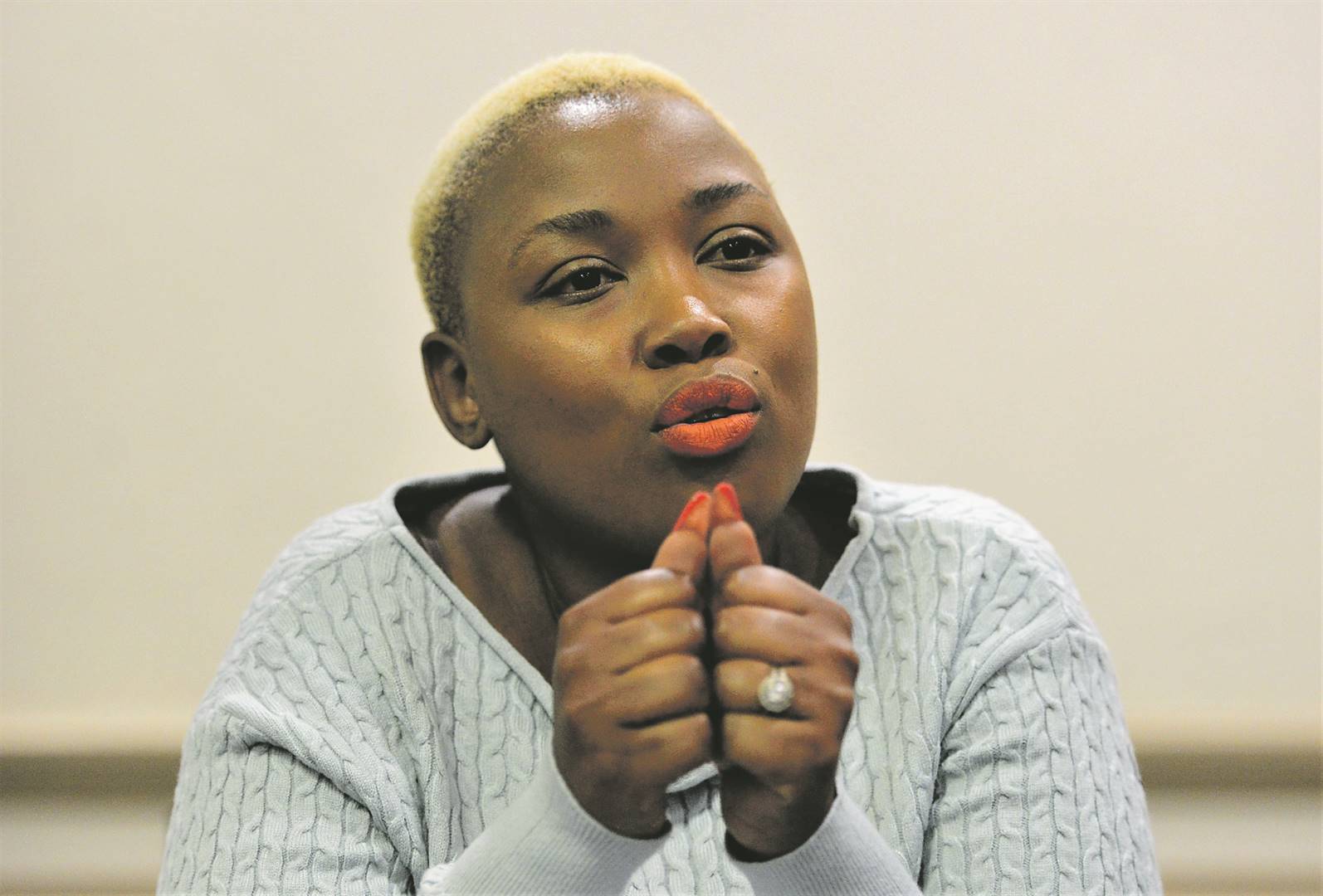 NGIYAXOLISA: Gospel singer Bucy Radebe (below) said she was on stage performing during the alleged altercation between her husband and manager, Thapelo Thoboke (bottom right), and fellow gospel singer Dr Rebecca Malope (far right). Photos from Instagram and Morapedi Mashashe

A TEARFUL BUCY said she fears for her life as she is getting death threats.

“Someone sent me a message calling me Sathane. I’m being called the devil and it hurts me,” she said.

"For all of the drama that happened, I'm sorry sis Ribs!"

Speaking at a media conference held at the Apollo Hotel in Randburg yesterday, 12 May, Bucy Radebe claimed she was exhausted.

“I drive a personalised car.I’ve been getting threats from people saying they will kill me. This is not right. I didn’t do anything, I don’t know why I’m being punished,” she said.

“It breaks my heart because I am also human, even thought I am in the public eye.”

However, Bucy said she would not say much about the incident that occurred at Sun City.

Her manager and husband, Thapelo Thoboke, was accused of telling Dr Rebecca Malope to f**k off at her live DVD recording in Sun City, North West, on 30 April.

“I was on stage. I only got off stage to change my clothes. I didn’t talk to any of the featured artists,” she said.

“I don’t want to comment on that because I didn’t witness much.”

She said she thought it was unfair to be expected to explain when she didn’t witness anything.

“I was on stage, waiting for my icon to join me,” she said. “I look up to Rebecca. I grew up listening to her songs. This was a dream come true.”

She said she woke up on Sunday morning and found out that something had happened.

People on social media also accused Thapelo of being an abuser, but and claimed that he controls Bucy . Sherefuted the claims.

“It hurts me that GBV is being used as a joke. I don’t take these lies lightly. I met Thapelo in 2017 and he has never laid his hands on me. I have never been in hospital because of abuse. To the people who are spreading these lies, please get your facts straight,” she said.

Thapelo said the issue was started by a change in the setting of Bucy and Sis Ribs’ performance.

“In the Tswana culture, a young person doesn’t call an elder. They go to them and that was what we had planned to do,” he said.

“We wanted to honour Rebecca so Bucy would go fetch her in the audience, give her the flowers and they would go on stage and perform together. But that plan failed because they were backstage,” he said.

He said if Rebecca or her manager didn’t want to comply they should have informed him.

“But nothing was said to me,” he said.

Thapelo denied telling Rebecca to f**k off. or even shouting at her. He claimed he never even spoke to her.

“The only time I spoke to her was last year when we discussed the collaboration, otherwise I have always communicated with her manager. On the night when they were backstage, I never even spoke to Rebecca once,” he said.

He said he spoke to Nolu, her manager.

“I asked why my setting was ruined,” he said.

“I didn’t even raise my voice. Maybe they thought I was shouting but I had to speak loudly so they could hear over the music. And I did not tell her to f**k off. I do not use vulgar words like that.

“I apologised in a formal letter. They received the letter, but they didn’t respond directly to me. They responded via a newspaper that ran with the story,” said Thapelo.

Bucy said all she wanted was peace. “I’m exhausted. I want Thapelo and Nolu to speak and sort everything out,” she said.

“The issue is not with me and mam Rebecca. We never fought. The issue is with the managers.”

She said they must get together and talk the matter through.

Nolu said: “Dr Rebecca has personally given her account of events regarding the treatment she received and how it left her feeling. At this point, Dr Rebecca wishes to move forward and not keep rehashing and reliving the unfortunate altercation. “Therefore, effort to put the matter to rest and not drag it on, Dr Rebecca and myself will not comment any further on the incident.” We are now moving forward to bring the focus back to doing God’s work and to spreading the gospel of Christ."