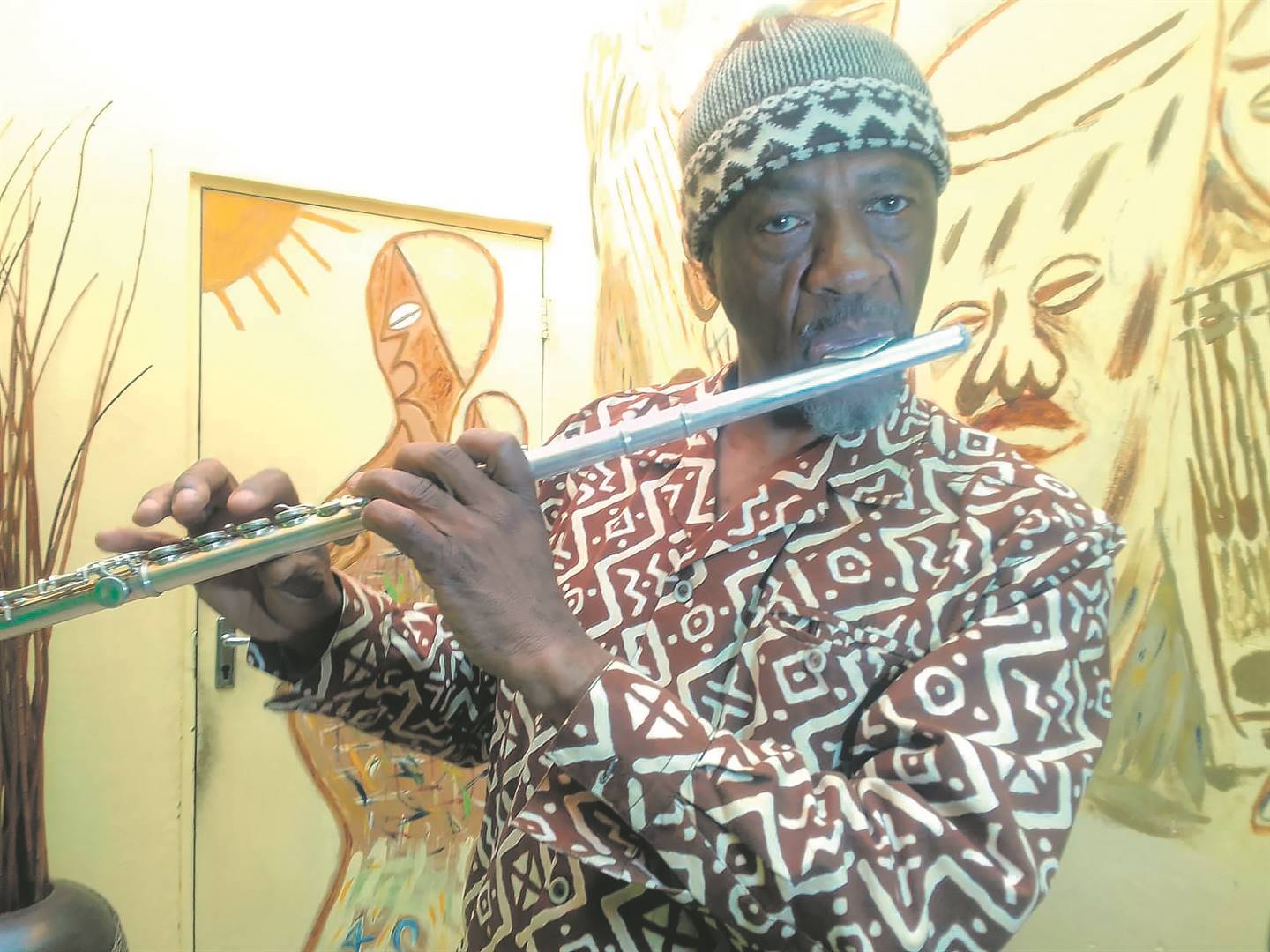 Tlokwe Sehume’s music addresses issues that the country is facing in this day and age. Photo by Raymond Morare

Legendary musician Tlokwe Sehume accuses political leaders of not being transparent and failing to serve the interests of the people of South Africa.

Tlokwe told SunBuzz that he released his debut album in 1992, titled Naga Ya Fsa (The Country is Burning), to show his concerns.

He said that even today, the country is still burning and many people fail to understand what he means.

Tlokwe, who sings African classical music called Mmino wa Thaba, has described music as a calling and a collection of attitudes.

He said when he launched his debut album Naga Ya Fsa, people thought he was singing about the fires and smokes from their braais in the streets.

“I had already seen that we had been sold out by people in leadership positions and that we followed them like sheep,” he said.

The musician from Atteridgeville in Tshwane said South Africa is in big trouble because “we don’t have a government”.

“I only see an agency. They are selling us out and chowing money,” he said.

He also said he has a problem with South Africans who call other Africans foreigners and this should stop.

“You know what, I haven’t voted since 1994 because we have been sold out,” said Tlokwe.

“I am prepared to die without voting as long as the interests of people are not made a priority,” he said.

He also spoke about people who don’t understand his music.

“When people criticise my music, I laugh at them because music is an expression of an attitude.

“I call the kind of music I make, Mmino wa Thaba (Music of the Mountain). I didn’t choose it, it chose me,” he said.

He said as an artist, he’s like a mirror and people should see a reflection of themselves in him.

Tlokwe said he sings about things that relate to the current state of affairs in the country.

“I won’t sing about love and flowers when we don’t have good governance.

“I will sing about the problems in our country,” he said.

He said his music is not jazz and doesn’t want people to call him a jazz musician.

Tlokwe said the past 49 years in the music industry have been a journey of enlightenment and education.

He said he’s following in the footsteps of the late Philip Tabane.

Tlokwe also creates sculptures, and he’s involved in the farming of cattle, goats, chickens and crops.

He released Naga Ya Fsa with seven songs in 1992 and re-recorded it under Gallo Records in 2001, with 10 songs dedicated to Steve Bantu Biko.

In 2002, he released Ba Utlwile under Gallo Records with 10 songs and it was dedicated to Onkgopotse Tiro.

In 2003, he released Mmino wa Thaba, which is a collection of live performances, and it was followed by Serunya with 10 songs in 2004.

Tlokwe will be performing at Goldrush in Mabopane on 7 August.