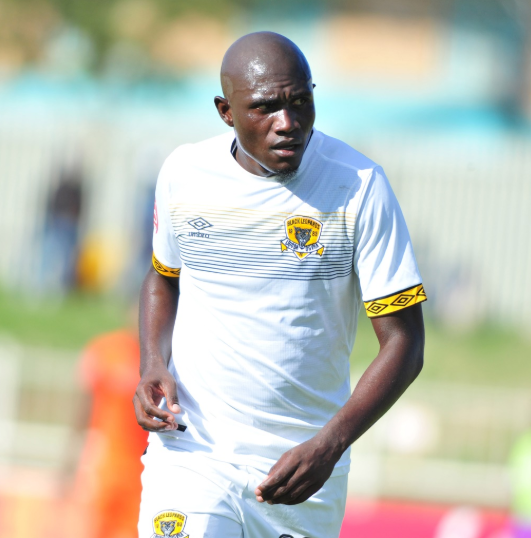 BLACK Leopards striker Joseph Mhlongo says the coronavirus has disrupted lucrative offers he had with other PSL teams prior to the lockdown.

Mhlongo told SunSport that Leopards boss David Thidiela has given him a final contract offer that he is still mulling over.

His three-year deal signed with Lidoda Duvha in 2017 will expire in June.

Said Mhlongo: “We have been negotiating since the start of the season.

“We haven’t agreed on anything as we are still talking.

“The chairman (Thidiela) has given me the final offer and I haven't signed. I am still thinking about it because it’s up to me whether I will be with the team next season or move forward.

“I am getting old and I have a lot of things to consider with my agent.”

Mhlongo could not divulge the names of teams they are talking to with his agent, Ratshibvumo Mulovhedzi of Rush Hour Sports Management.

“There are few teams that I was talking to and we were in the final stage of contract negotiations with others,” said Mhlongo.

“We had agreed in terms, but I haven’t signed. The negotiations were disrupted by coronavirus.

“The club owners are more concerned about their players’ health right now than new contracts. I will put everything in God’s hands.”

The 29-year-old is not bothered about his lack of game time this season, having started in just three matches while coming off the bench 13 times.

“I could have done better but it’s football, and you can’t get things the way you want,” added Mhlongo.

“I will soldier on, I can’t complain, I can only hope for the best. I believe in being consistent, but I don’t want to put myself under pressure.”

Next on Daily Sun
Moses Mabhida in Royal demand