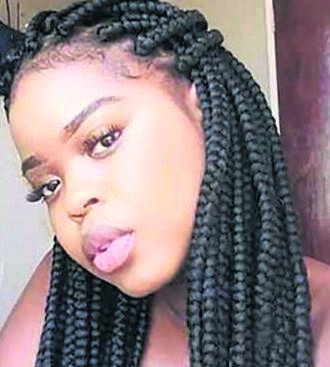 Sinethemba Ndlovu’s family wants the suspect to not get bail.

THE family of a UKZN student who was killed during the uMsinga Drift Khana event on Sunday have welcomed the arrest of the suspect.

The suspect (20) was nabbed by cops in uMsinga KZN Midlands, on Tuesday night.

The fourth-year supply chain student, Sinethemba Ndlovu (22) from Ncuncwini Village in Inanda, north of Durban, was stabbed twice in her upper body.

Her sister Sinenhlanhla (28) said: “As much as we understand that this will not bring back our loved one, we are grateful for the swift arrest of the suspect.”

She said they didn’t wish for him to get bail or a minor sentence.

“He deserves to rot in jail for the cruelty he showed towards a defenceless woman. Sinethemba was young, she still had a full life ahead of her. The suspect cut short her life. He deserves nothing less than to rot in jail,” said Sinenhlanhla.

She told the People’s Paper that Sinethemba was walking to the accommodation they were booked in not far from where the event was held, along with 15 girls. This after they tried in vain to get hold of the driver who was supposed to drive them there.

Sinenhlanhla suspected Sinethemba and other girls couldn’t get hold of the driver due to a poor cellphone network.

“They decided to walk to the accommodation. While walking, they were approached by a group of men who demanded to speak to one of the girls.

“The girl who was being approached refused but the man insisted on talking to her. That’s when Sinethemba intervened and the man drew out a knife and stabbed her before fleeing,” Sinenhlanhla said.

Sinethemba was rushed to hospital, where she died.

KZN police spokeswoman Captain Nqobile Gwala said: “A 20-year-old suspect was arrested on Tuesday at uMsinga area. He will appear in court soon.”