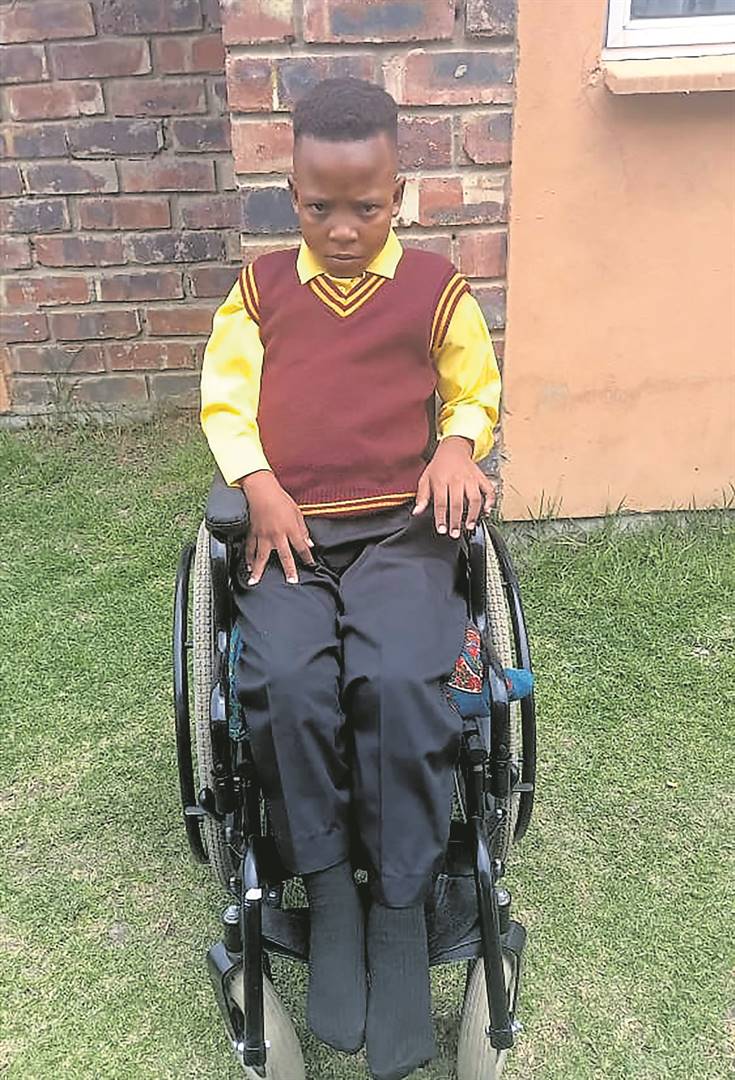 Melokuhle Shabalala was allegedly injured by a tree at Nyandeni Primary School, which led to him being paraplegic.

WHILE thousands of pupils run around and play joyfully, this isn’t the case for Melokuhle Shabalala, who is in a wheelchair.

The eight-year-old grade 3 pupil at Nyandeni Primary School in Standerton, Mpumalanga was allegedly crushed by a tree last November while queueing for food on the school premises.

According to his father Nkosana (41), he received a call on the day, informing him of the incident.

He said he rushed to the school and was told that his son had run away.

However, pupils told him that he had been taken by emergency services after he was trapped under the tree for hours.

Melokuhle spent weeks at Witbank General Hospital, where he was later declared paraplegic.

Nkosana claimed that parents had been complaining about the tree for a long time, but the school didn’t take them seriously.

He said the school had still not sent them a report about what really happened, and he felt that it would be risky for him to sent his son back.

“We don’t know the circumstances that led to our son being like this,” he said.

Melokuhle’s mother, Sibongile Msimango, said she hasn’t been well since her son was injured.

“It’s difficult and painful to watch him like this. What breaks my heart the most is that he has been asking me when he will be going back to school because he hasn’t been in the classroom for a long time.

“All the questions he asks cause me more pain. I wish he can go back to school, but not the same one as he says he’s scared he might get hurt again,” she said.

Mpumalanga education spokesman Jasper Zwane said the department asked the school to submit a report about the incident.

“As soon as the report is received, the department will determine the course of action that will be undertaken,” he said.