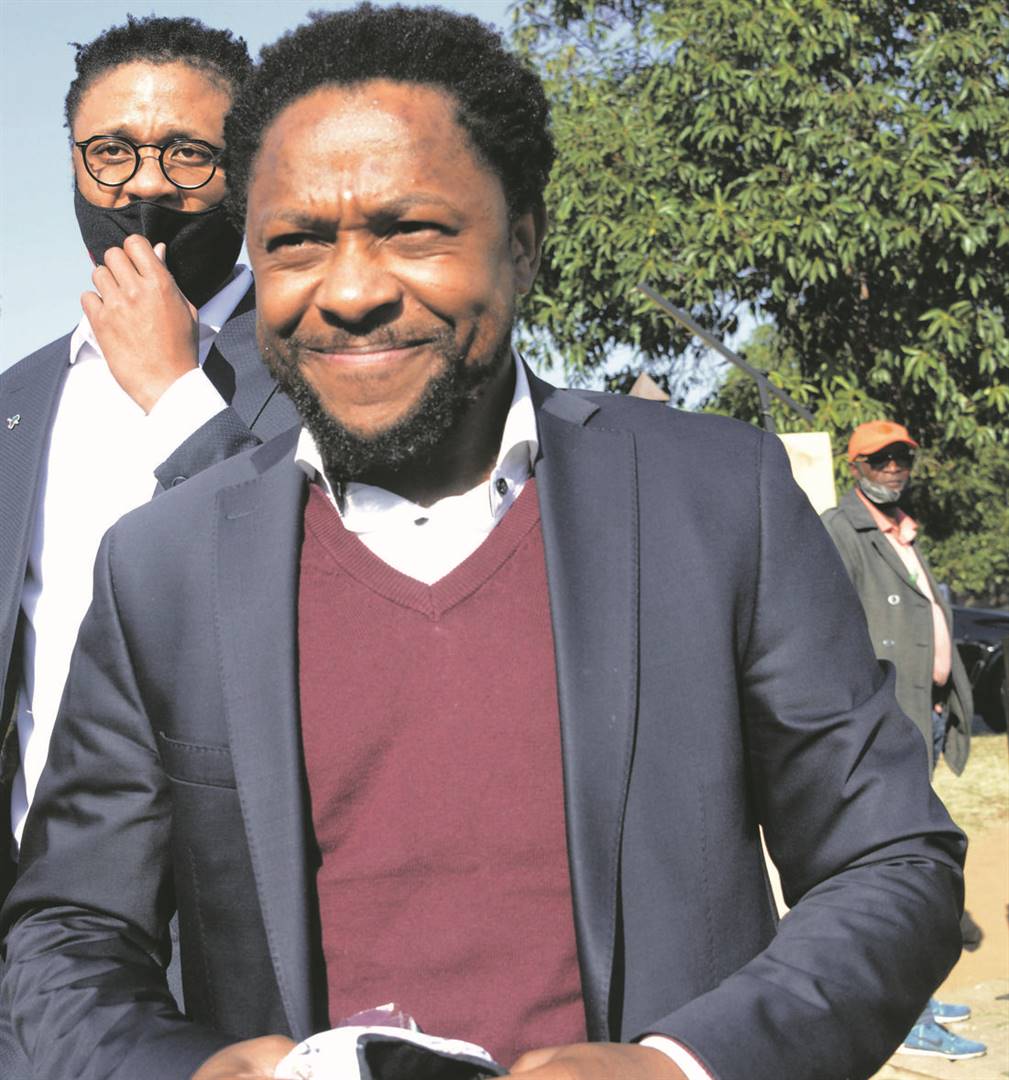 ACCORDING to the woman’s police statement, Mbuyiseni Ndlozi allegedly raped her in the early hours of Friday morning.

But Ndlozi, a senior EFF leader, strongly denies the allegations and told Daily Sun he hopes the perpetrator gets caught. He promises to co-operate.

The woman claims he raped her at an upmarket penthouse in Sandton at a party. Ndlozi has stated he was never at the address where the incident allegedly took place and didn’t know the woman.

He told Daily Sun: “It’s a terrible instance of mistaken identity. I, however, offer my full co-operation and will do the same should police contact me. I hope the actual perpetrator is found and sent to jail for a very long time.”

The 23-year-old woman, who can’t be named, told police she met Ndlozi after her friends invited her to a party the previous night.

“The complainant alleged she was invited by a friend to join them at the party in Rivonia,” read the statement. The friend’s name is known to the People’s Paper. “The place closed and they stayed there until the next morning at about 1.30am. Some of the guys suggested they continue with the party somewhere else.”

She said after about 10 minutes at the penthouse, a male arrived and introduced himself as “Quinton”. They were relaxing, drinking and chatting.

“During the conversation and interaction with Quinton, it became quiet at 3.30am,” she said in her statement.

She said moments later she felt dizzy and sat on a bed in one of the bedrooms.

“She remembered Quinton coming to the door asking if she was okay.”

She said yes and blacked out. When she regained consciousness she remembered that Quinton was on top of her and she was naked.

The woman said moments later, Quinton wasn’t there. “The other girls were in their rooms,” she further told police in her statement.

She said she was experiencing pain in her private parts and abdomen. When she asked the women in the house, they pretended they didn’t know Ndlozi. She said things got heated as the other women said they didn’t know what she was talking about. She then left. She later discovered Quinton is allegedly Mbuyiseni Ndlozi of the EFF. She googled him and was shocked. Ndlozi’s middle name is “Quintin”. In her statement she said she identified him in the image.

The police's Mathapelo Peters said: "We can confirm a case of rape that is in reference was indeed opened and is under investigation. While police are not at liberty to disclose or confirm identities of victims/complainants and suspects, we can further confirm that Dr Ndlozi is not a suspect in this case."