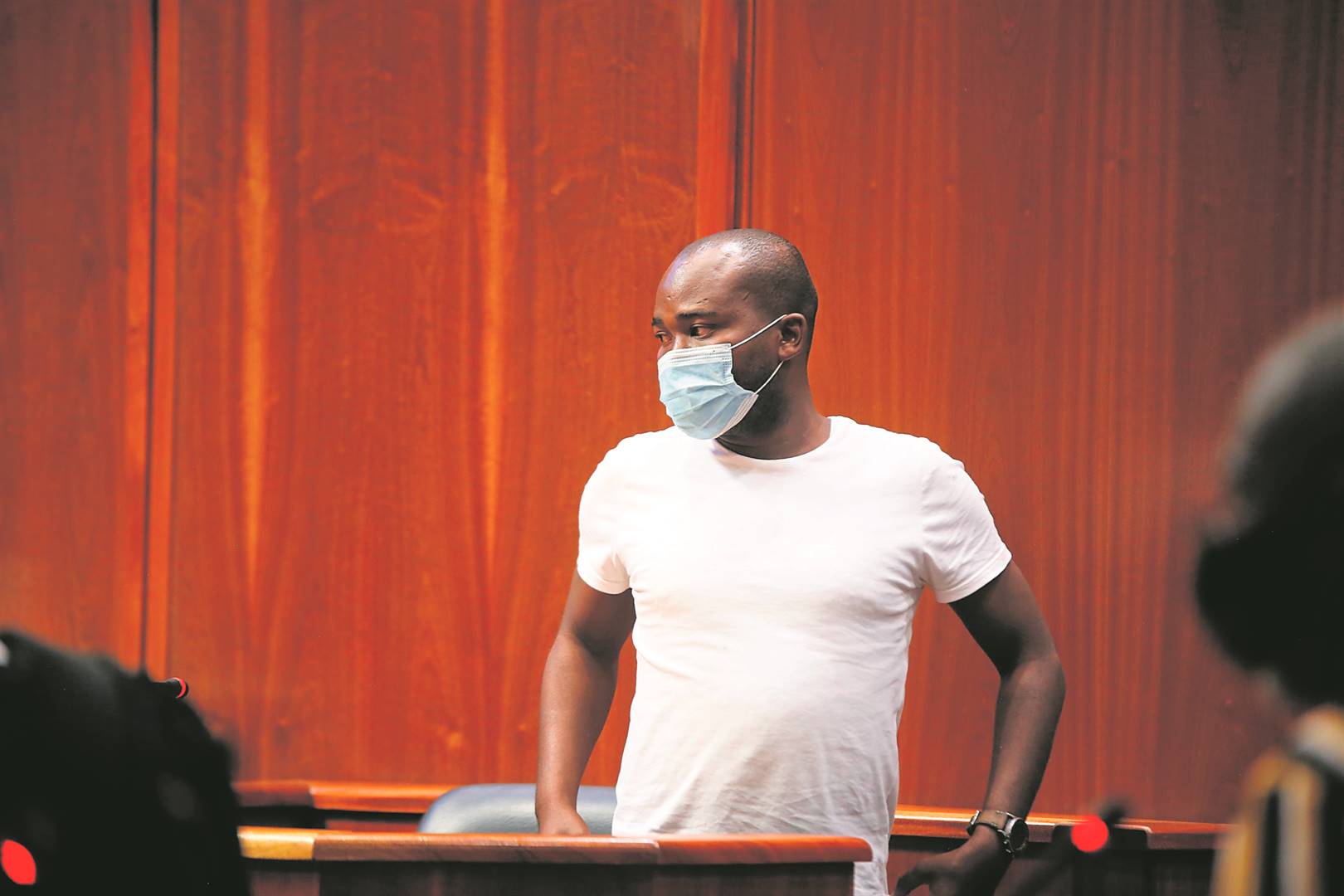 Witness Raymond Phasha said his uncle often accused his wife Sylvia of neglecting their kids and left to see other men. Photo by Joshua Sebola

In the posts, he accused the kids’ mum, Sylvia, of cheating on him.

The Facebook posts were brought forward as supporting evidence after Lucas’ nephew, Raymond Phasha, testified that he knew his uncle had marital problems and shared his frustration on social media.

Raymond said his uncle told him he killed his children as he could not let another man take them away from him.

Lucas also claimed Sylvia did not care for the kids and left them alone to see other men.

“He complained that she did not cook for them,” he said.

Lucas’ lawyer, Advocate Lawrence Mkhize, submitted to the court for Raymond to be disqualified as a witness as he was dishonest and misled the court with his testimony.

This after he gave more information than what was in the actual police statement.

But Judge Gerrit Muller dismissed the submission, citing that Raymond’s testimony was in a good state and he voluntarily gave the statement.

Muller postponed the hearing to today to allow the court translator to translate what the accused posted on Facebook in Pedi.

Sylvia is expected to take the stand today.