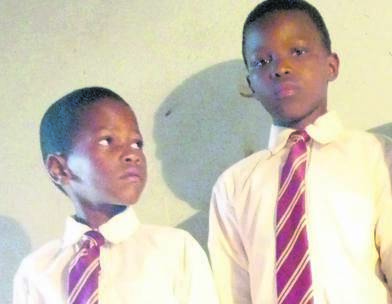 THEY expected a glorious welcome when they moved to a new area.

Instead, the family spent their first weekend in their new home at Somkhele, in Mtubatuba, northern KZN, grieving the deaths of their two children, Bavikele (7) and Zakahle Mbatha (9).

The two boys drowned in the Khayelisha Dam on Saturday, just days after the family had moved to the area from Nongoma. The boys’ uncle, Khanyisani (25), said they were supposed to be officially introduced to villagers yesterday.

Residents gather on the edge of Khayelisha Dam as divers search for the bodies of Bavikele and Zakahle Mbatha.

“The drowning of my nephews ended up being the way we were introduced to the villagers. They stood with us near the dam as the divers searched for the kids,” he said.

Khanyisani said the boys left home with a six-year-old friend to play. The other boy didn’t swim. He was the one who told the family what had happened.

“He ran back home to tell us Bavikele got into difficulties while swimming.

“He said Zakahle then got into the water trying to save his younger brother. But he, too, ended up drowning,” he said.

“The six-year-old boy told us he didn’t immediately realise the boys were drowning.

“He came to tell us after realising they had disappeared under the water,” he said.