Members of the National Union of Metal workers striking outside the BMW plant in Rosslyn, Tshwane. Photo by Raymond Morare

BMW workers have been on strike against their incentives being taken away and unfair treatment.

The workers started striking at the company’s offices in Rosslyn, Tshwane, on Friday, 15 January and continued on Tuesday, 19 January. Workers didn’t want to be named and referred the SunTeam to Numsa officials.

But they said they would not return to work until their incentives were paid and a manager who allegedly swore at a worker on Friday was dismissed. Members of the National Union of Metal workers protesting outside the BMW plant in Roslyn for unfair treatment by management. Photos by Raymond Morare

“The management of BMW cancelled our incentives without our knowledge,” a worker said.

Another worker said on Thursday, 14 January the company announced their incentives were being cut by 25%.

He said they usually received 50% of their bonus in December and the rest in January.

“We were paid the normal amount in December but this month we only got 25%.

“The company never informed us they were planning to cut our incentive money,” he said.

“They’re doing business unfairly. It’s illegal because the company is not following our agreement. We’re not going back to work until the matter is resolved.” Members of the National Union of Metal workers protesting outside the BMW plant in Roslyn for unfair treatment by management. Photos by Raymond Morare

The workers said they wanted the human resources general manager dismissed. “We want him gone because he threatens workers and he swore at one of us on Friday,” said a worker.

Workers said their management said they’d only talk to Numsa if they went back to work.

“We don’t want a closed door meeting because it will not benefit us. We want an open discussion,” said anther worker.

They said they had been working hard and the company was reaching its targets.

Numsa national spokeswoman Phakamile Hlubi-Majola said: “We are unable to comment at this time.”

“We have received a notice to strike on an internal matter last Friday evening. On Sunday we were successful in court to obtain an order interdicting the strike.

“The current strike is illegal, and the Numsa members are in contempt of court. We are engaging with our workforce on the matter.

“In the midst of the global crisis we’ve paid out bonuses, which are not fixed remunerations, in line with our forecasted company performance.

“This is done as per usual with a periodic advance payment, to ensure a stable bonus payout for our associates during the whole year.

“The final bonus payout will then be rebalanced against the advanced payments. We have met with the union today.

“As a result, associates are requested to report to the plant tomorrow to first receive union feedback. Afterwards, we are hopeful to resume production,” said Reitsma. 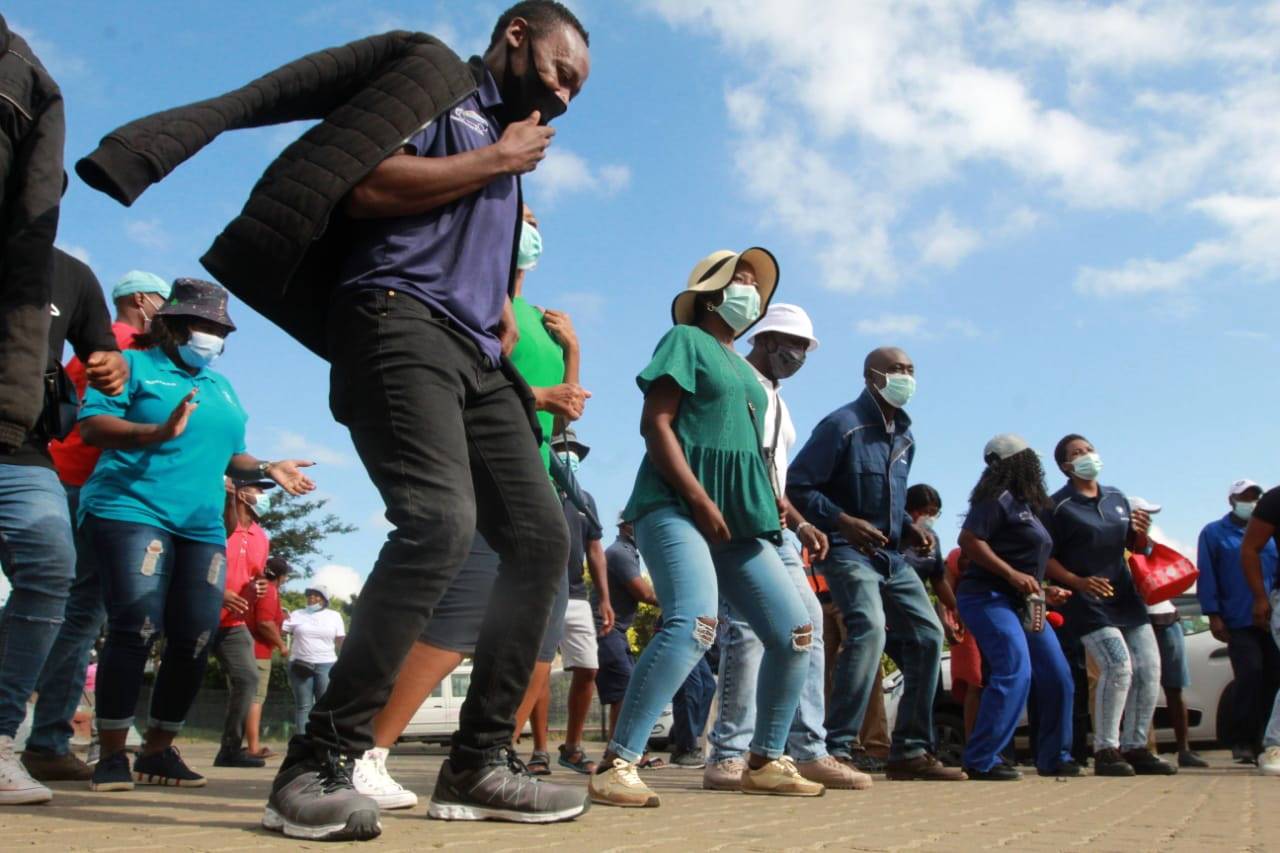 Members of the National Union of Metal workers protesting outside the BMW plant in Roslyn for unfair treatment by management. Photos by Raymond Morare
Next on Daily Sun
‘Mabhebeza’ took my business and man