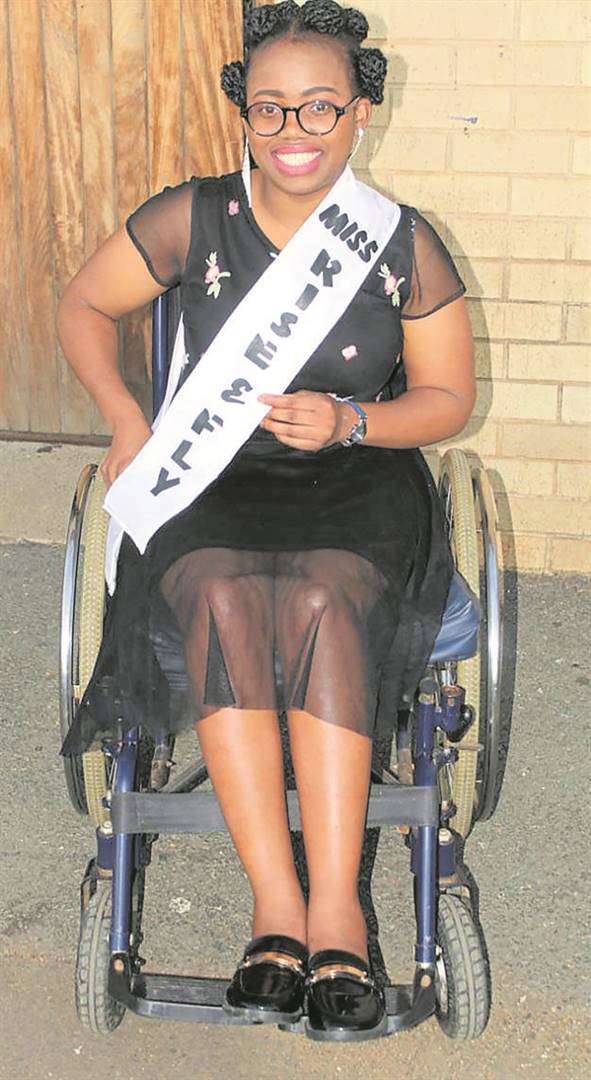 Nokuzola Kakaza was crowned first princess in the Ms Rise and Fly pageant.

IT was a special pageant for special people.

The event was held at the civic theatre in Vereeniging on 26 April.

Said Bongani: “We want to inspire and motivate ladies so they can understand they can achieve their dreams.”

Thabisa Sobuca from Joburg, who was crowned Ms Rise and Fly, said she wanted to empower women with disabilities.

“I want people to know that disability is no excuse to sleep on your dreams. Keep working hard.” said Thabisa.

First princess Nokuzola Kakaza (24) from Tembisa said: “What lies behind us and before us are tiny matters compared to what lies within us.”

Second princess Palesa Mahloko (25) from the Vaal said: “Courage is not having the strength to go on. Courage is going on even when the strength is not there.”

“Courageous people do not fear forgiving for the sake of peace.”

Thokozani said they had some transport problems as many of the contestants lived far away.

“Other than that, the event went smoothly.”