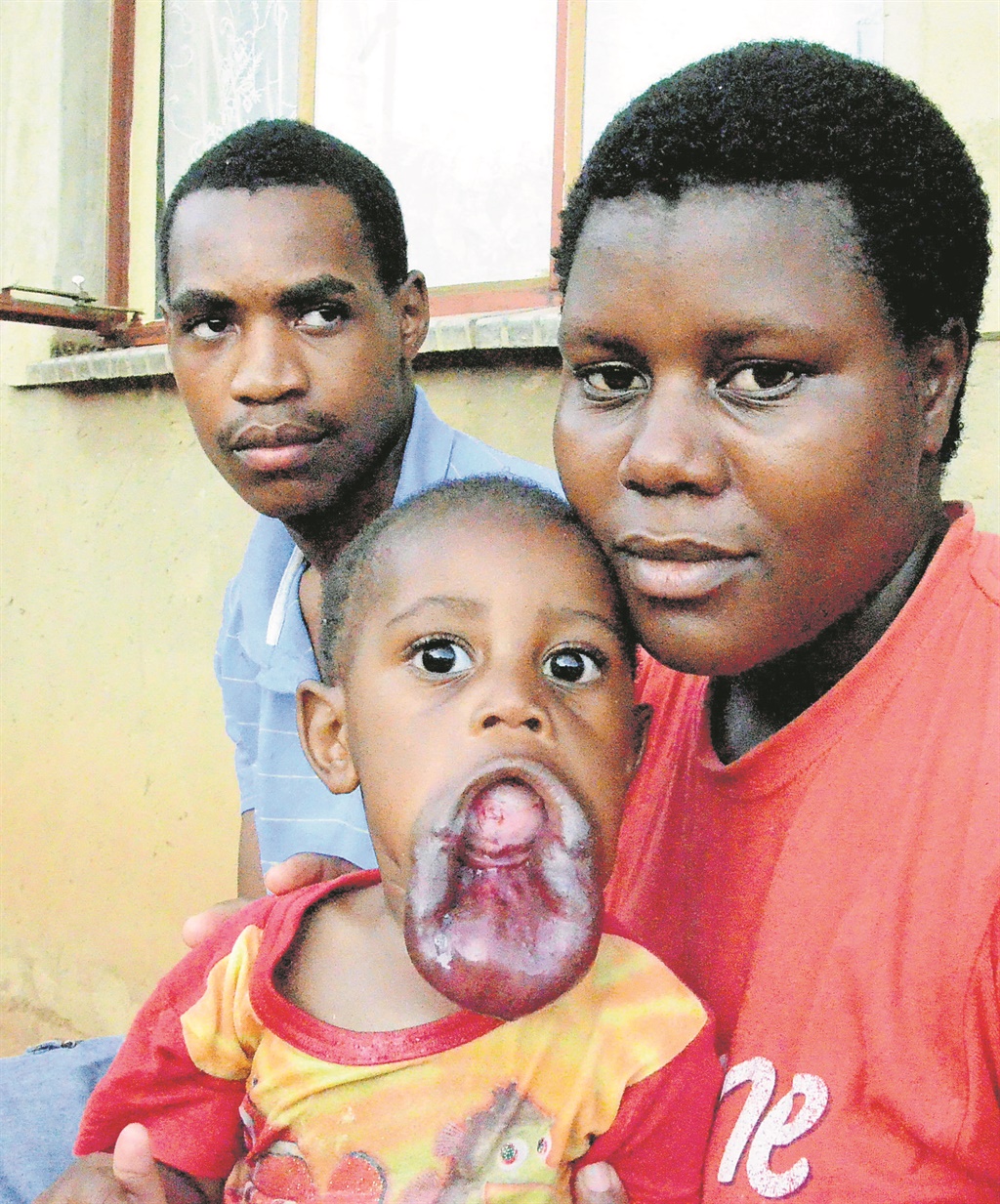 Gilfred Mathe and his girlfriend Moditor Shoko are very worried about the condition of their firstborn son, Prosper Mathe. Photo by Zamokuhle Mdluli

WHEN Gilfred Mathe (22) and his girlfriend Moditor Shoko (20) found out they were going to have a baby three years ago, they were over the moon.

But their joy soon turned to shock when their son, Prosper Mathe, was born with a very long tongue hanging out of his mouth.

They hoped Prosper would get better as he got older, but the tongue just carried on growing and growing.

After a while, the child couldn’t eat any more.

He had to be put on a drip.

Eventually the boy was operated on and his tongue was made shorter.

“We thought the problem was over, but we were just fooling ourselves.

“We soon noticed Prosper’s lower lip had been dragged down and stretched by the weight of the tongue but again we thought it would come right by itself.”

The family has moved to Phomolong in Tembisa, Ekurhuleni to start a new life but Prosper’s problems have followed them there.

The child’s lower lip has continued swelling and he now finds it hard to eat.

Gilfred said he took the boy to a number of doctors but was told it would cost R18 000 for an operation. He works at a restaurant and cannot afford the operation on his current salary.

Moditor said: “I just ask myself why God had to punish me in this way.

“I hope someone out there can help Prosper.”

Plastic surgeon Kelly Martin told Daily Sun Prosper could have a malformed blood vessel in his lips and tongue.

Martin took the family’s details and promised to arrange for a consultation with the little boy.