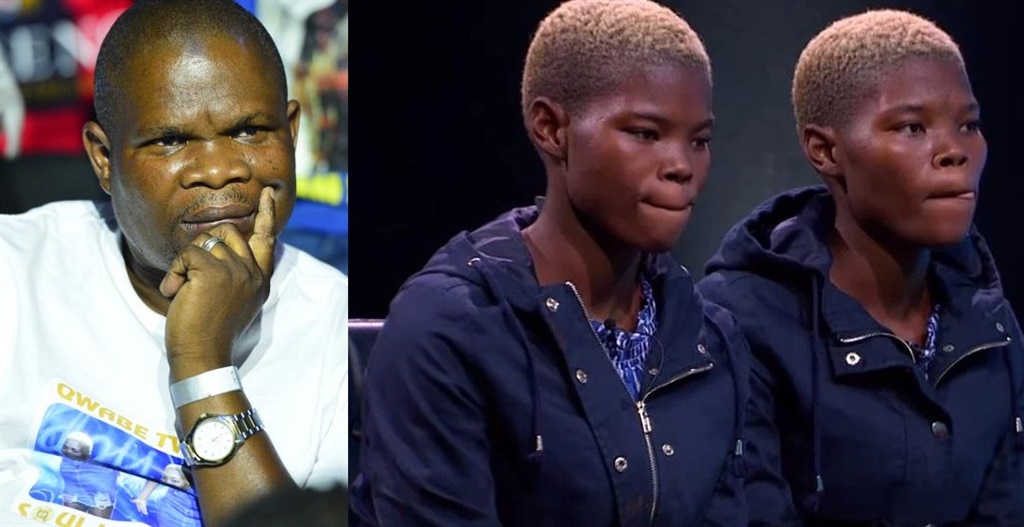 VIGGY MADE it to the Top Five and Virginia didn’t – but neither of them will still be on the show.

“Idols is rigged and I advised Viggy to withdraw,” said their angry father.

“They’re both home in KZN. I came back with them and I’ve kept them in a safe place away from everyone"

ON Sunday, Virginia didn’t get enough votes to keep her in the SA Idols season 15 but after the live show, Viggy decided to follow her sister and dump the competition!

Laurence Qwabe, the twins’ father, speaking to Daily Sun in Stanger, KZN, said he advised Viggy to drop out.

“They’re both home in KZN. I came back with them and I’ve kept them in a safe place away from everyone, including the media.

“It became clear to us that if we continued voting, we’re just wasting our money. It’s clear that the competition is no longer fair,” he said.

“That’s why I took a decision to take my children out of the competition because they were going to lose their minds.”

Laurence told the People’s Paper that information was leaked on Wednesday that there were male idols who must be protected and must be given more votes. “Then the name of a twin who would be eliminated was issued,” he claimed.

“This happened a few days before the Sunday round,” he said.

“We got the information through insiders who felt sorry for the twins, and also from those who see the counting process.”

He said the show unfolded exactly like the information they got.

“The judge was asked who was going to be in the top two and he said the names.

“What will happen if what the judge said happens? How do we continue competing when the winners are already known?”

He said it saddened him that the judges said one of the twins was going home when he was asked who was going to be eliminated.

He said he had never been happy about the manner in which the judges treated them.

“We’ve been feeling the pain for a very long time, looking at the leaked information,” he said.

“Even the comments the judges had about them on the show and trying to calm them down in private.”

He claimed they were told that the judges decided it wasn’t okay if two contestants from the same family were in the finals, which was why one twin needed to be sent home.

He said he supported his children because they were talented and they loved singing. Idols Season 15 Top5. Virginia had to bid farewell to the competition as she was voted out, leaving her twin sister Viggy behind to fight for the number one spot. Photo by Morapedi Mashashe

“I took them out because the judge has already said who number one and number two are.

“There is no point in keeping the remaining twin in the show.”

The twins are originally from KwaDukuza, KZN.

Their phones were on voicemail.

Laurence confirmed he wanted them to avoid any contact.

When approached for comment, Philly Kubheka, head of department for PR & Publicity for Local Entertainment channels, said: “We are currently in conversations with the family, we are aware of the issues raised at this stage.”