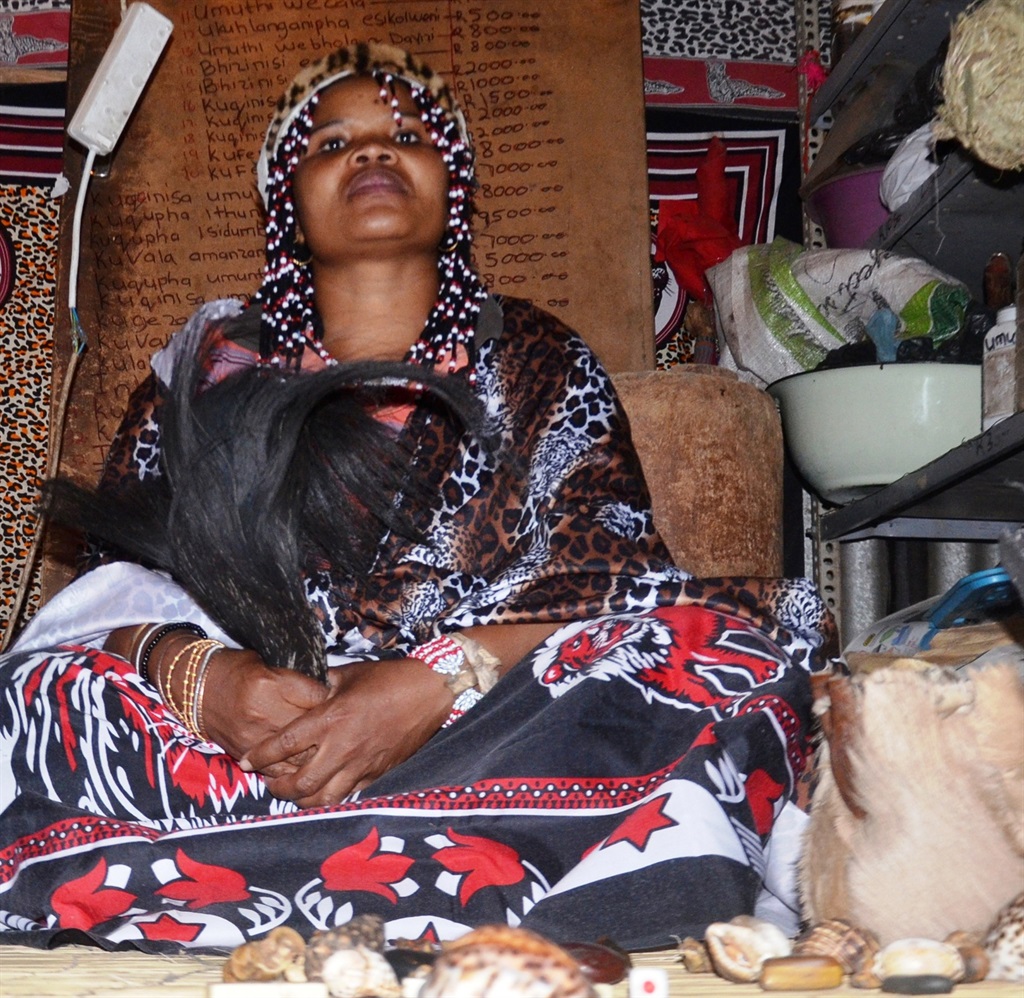 Sibongile Ndlovu says a tokoloshe can appear in the form of a dog, a cat or even a baboon. Photo by Zamokuhle Mdluli .

TOKOLOSHES come in all shapes and colours.

But the phone started ringing after Daily Sun published a picture of what sangoma Ndlovu Ndlovu of Lehurutshe in Zeerust, North West called a real tokoloshe that changed its shape and spat fire.

Shocked SunReaders wanted to know what a tokoloshe really was. So the SunTeam asked an expert.

But before answering, sangoma Sibongile Ndlovu of Soweto’s Mzimhlophe consulted her ancestors.

Throwing the bones in her indumba, Sibongile said a tokoloshe was a powerful creature made of all sorts of things like imvovo (leftovers from traditional beer), ipapa, needles, grave soil, dolls or even water used to wash a corpse.

“It appears in many forms – as a dog, cat or even a baboon, depending on the intentions of the owner or maker.”

Some put a rosary in the doll and added a mirror so that prayers couldn’t defeat it.

“The mirror is there so that it will find you anywhere, even overseas.

“Only a powerful sangoma, who was called to do this kind of work, can face a tokoloshe,” said Sibongile.

She said muthi made from a certain tree found only in the middle of some rivers can stop this tokoloshe.

She said people who say tokoloshes sleep with them are telling the truth.

“It can do that. It’s usually because the maker got hold of your hair and mixed it with muthi and the doll. When he or she calls your name at night, the dolls comes to you in the form of a person in your sleep and has sex with you.” She said tokoloshes are evil creatures that destroy marriages and families.