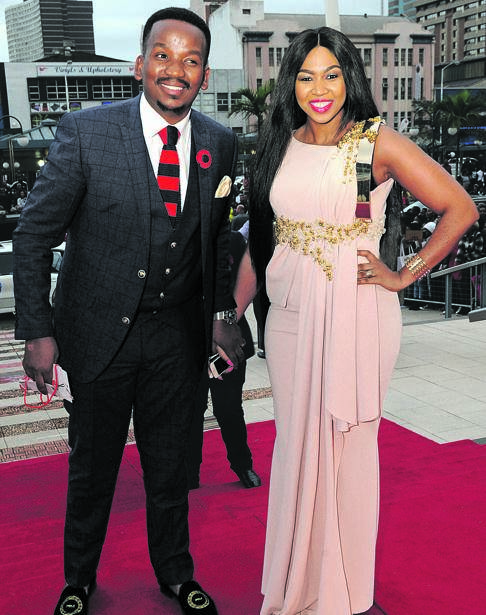 The late gospel singer Sfiso and his wife Ayanda Ncwane.Photo by Jabulani Langa.

In the latest drama around the musician’s death, his widow Ayanda Ncwane is at the centre of a legal battle concerning Sfiso’s “fraudulent” will.

Legal eagle Bongiwe Nene, who represents Sfiso’s kids Sduduzo Dlamini and Snqobile Mzelemu, told the SunTeam she was preparing a case that might see Ayanda taken to court for signing the late gospel star’s last will and testimony.

Said Bongiwe: “We’ve finally scrutinised Sfiso’s will and can state, without doubt, that Ayanda, who is also the sole beneficiary, signed it.

“This on its own is suspicious and raises a lot of questions.

“It’s also unlikely that Ayanda’s lawyer, Nhlanhla Mnculwane, never saw this. I say this because he’s been dealing with Sfiso’s file for years, so he should have picked up this discrepancy.

“As a lawyer, he should have satisfied himself that Sfiso’s will met all requirements.

“At this point, we’re confident we have a good case.”

But Ayanda’s legal representative said he wasn’t aware his client signed her husband’s will.

Insisted Nhlanhla: “I don’t know what to say because I wasn’t aware of this. Actually, I never checked the signatures and didn’t know Ayanda’s signature was on the will.

“As a lawyer, I know that a person can’t sign a will where she or he is also the beneficiary.

“It’s unlawful and disqualifies the person from benefitting.”

According to Nhlanhla, Ayanda asked him to help in the distribution of the late Sfiso’s estate.

“At that time, the will was already drawn up and I never suspected anything wrong,” Nhlanhla said.

“I’ve been working on Sfiso’s file since 2018, but never scrutinised the signatures.

“So, it’s not true that he prepared his own will. I say this because when that lawyer [Vimba] removed himself as the executor, we (myself and Ayanda) personally fetched the will from Vimba’s house.

“This was in 2018. He said he couldn’t execute his duties anymore, as he was suddenly busy.”

Asked about thenon-disclosure of Sfiso’s assets, he said: “I don’t know Sfiso’s assets. Therefore, I relied on Ayanda to be honest and truthful.

“Otherwise, I’d expected her to disclose all the assets. But if she decided to hide them, I wouldn’t know unless someone disputes our case. For now, we’ll wait for evidence to prove all these allegations.”

Asked for comment, Mkhuseli, said he never prepared Sfiso’s will.

Commented the legal eagle: “I never prepared Sfiso’s will and wasn’t there when it was prepared and signed.

“When Sfiso approached me, he already had it in his hands. I also remember that, on that particular day, he was accompanied by a group of people but I don’t know their names.

“I also don’t how it was drawn up and can’t say if Ayanda signed it or not.

“I’m more than willing to testify in court on this.”

They went as far as taking Ayanda to the Master of the High Court asking that she be removed from executing it.