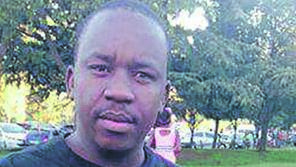 PROMINENT Joburg businessman Mlamleli Ndoda is hopping mad after being labelled a fraudster and a conman on Facebook.

Ndoda, subsequently took his wrath to the Joburg High Court this week against Sivuyile Simelane-Sbukwana, who is responsible for those social media comments.

Simelane-Sbukwana is a deputy director at Gauteng Department e-Government, according to his profile.

In his court application for defamation, Ndoda seeks the court to order Simelane-Sbukwana to remove the posts which he claims incite physical harm on him and his wife, Azola Tshangela.

According to his notice of motion, which the SunTeam has seen, Simelane-Sbukwana posted that Ndoda is a fraudster and failed to repay an amount ofR412 000 he borrowed from him.

He also accused Ndoda of exploiting his employees by not making them sign employment contracts, comments that have put Ndoda’s life and family in danger.

He didn’t sign employment contracts with staff instead fired them got other employees. He kept on lying to me that they are lazy until I met two of Mlamleli’s former employees who shared a very painful story with me. The built a house for him at Jozena and renovated his houses at Johannesburg. Also worked on his tenders for more than two years with no salary. He provided them with place to sleep and food. He takes the vulnerable unemployed youth from Sterkspruit and foreigners to work for him. He was able to change ownership of my car in my absence at Langlaagte Traffic Department. I have opened a case with SAPS. I have also initiated recovery of my money. I tried to go to his house several times. They don’t open when I knock he’s wife Azola use to respond however now she also doesn’t respond.

Ndoda said he has been fearing for his life since the Facebook comments were made earlier this month.

“I have been running scared since the publication and the comments were brought to our attention on 19 May 2020.

The High Court issued a draft order on Thursday, that the comments made be deemed reckless by the publisher and .It dismissed the urgency of the case, but ordered Simelane-Sbukwana to retract his posts, which he later did.

“On 19 May 2020 at approximately 8.04am I published certain allegations on Facebook relating to Mlamleli Eric Ndoda. A commentator by the name of Mabethwa Ngabafazi commented on my second post and wrote, “Mkhaya bulala lenja kunye nomfazi wayo”. The commentby Mabethwa Ngabafazi was reckless as it incited violence. I have no intention of killing Mlamleli Eric Ndoda and/or his wife, and I do not appreciate such reckless comments in response to my Facebook posts.”