LERATO’S EX BAE HAUNTED BY PAST! 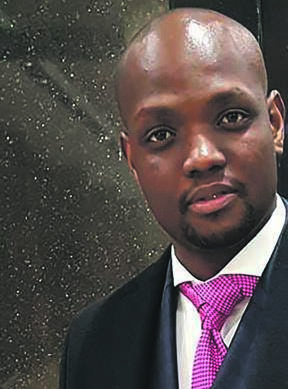 Lerato Kganyago’s estranged husbandThami Ndlala has been in the news for all the wrong reasons.

METRO FM presenter Lerato Kganyago’s estranged hubby Thami Ndlala has been caught between the law and a hard place.

This as he wrestles withex-girlfriend, Nokulunga Shabangu, over assets.

In the legal tug-of-war that unfolded in November in the Randburg Magistrates Court, north of Jozi, Nokulunga (25) was granted a court order to reclaim her belongings at their then love nest in Fourways, north of Jozi after their romantic relationship had soured.

And this has also been the case with his marriage to Lerato.

The radio and TV personality even took to Instagram last week to announce their separation after only two months of marriage.

In his matter with Nokulunga, her affidavit seen by the SunTeam revealed she was allegedly barred from entering their former Fourways love nest.

“I need my personal belongings, including my qualifications to apply for current employment posts. If he doesn’t comply with the order, I’m willing to get my own locksmith to assist me get access to the premises.”

According to a notice of removal seen by the SunTeam, the items taken included a corner couch, TV stand, coffee table, a table plus six chairs, fridge, three beds, two TV sets, a chest of drawers and one more table plus six outdoor chairs.

Thami later opposed the court order, opening a criminal case of theft and housebreaking, in which he accused Nokulunga of taking items valued at R130 000.

In his counter affidavit, also seen by the SunTeam, Thami denied receiving an order from the sheriff, which resulted in him filing a complaint with the South African Board for Sheriffs.

Read Thami’s affidavit, in part: “The applicant (Nokulunga Shabangu) and me were in a romantic relationship since or before June 2017. The relationship turned sour and was ended on or about 23 October 2019. On this date, the applicant demanded collection of her property at the premises and was granted undisturbed access for such collection.”

In the same document, Thami stated that he realised on 24 October that Nokulunga was married and had arranged that she stays free of charge at their Fourways love nest.

Read the document: “During our relationship, I arranged for the applicant to stay free of charge at 40 Beau Rivage, 34 Willow Avenue, Fourways. On 26 October 2019, the applicant’s husband was granted further access to the premises to collect the last belongings of the applicant, which he in fact did.”

Thami refuted denying Nokulunga access to the premises, claiming she gave him the key when she was done.

As indicated above, the applicant clearly has a personal vendetta against me.“Goods of mine to the value of R130 000 were taken. I’ve since opened a case of theft and house break-in under case no 33/11/2019 against the applicant.”

Both Nokuthula and Thami could not be reached comment. They also ignored our SMSes.