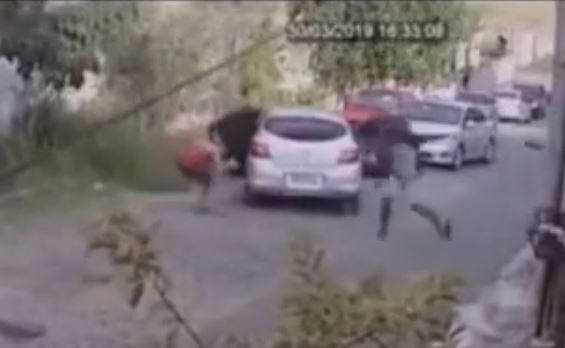 A screen shot from the video.

Hi-jackings have become one of the biggest crimes in Mzansi.

Between 2018 and 2019 over 16,026 incidents of hi-jackings were reported and the stats seems to be showing an upward trend.

Motorists have resorted to unconventional methods to scare thugs out of trying to hi-jack them.

In a video that has surfaced, a group of men can be seen trying to hi-jack a silver Toyota Corolla – but what happens following that is the most hilarious thing to watch.

The driver of the Corolla activates the hooter, but this isn’t the normal hooter – it sounds like gun shots coming from the car and the thugs run for dear life after hearing the ‘gun shot’sounds.

The video below demonstrates how the gun shot hooter works.