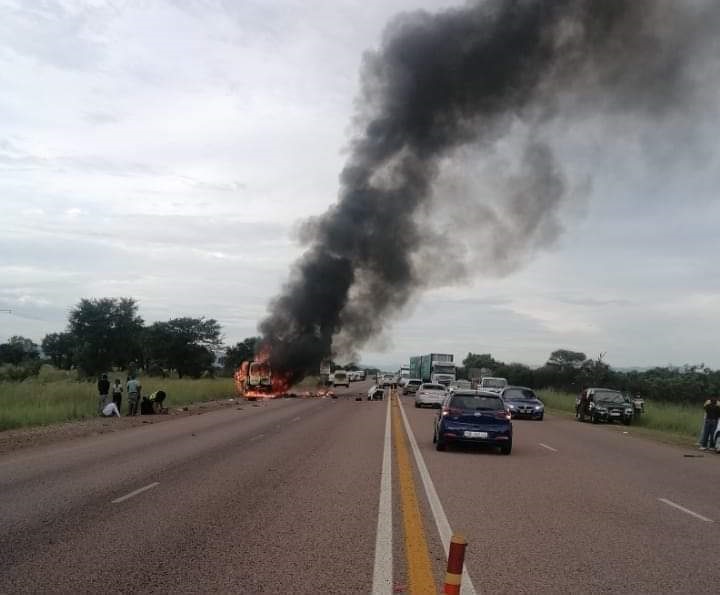 A 22-seater Mercedes Benz minibus up in flames after a head on collision with a Toyota SUV. Photo: Supplied. .

SEVENTEEN people were killed and burnt to death on the N1 near Mookgophong in Limpopo when a 22-seater minibus collided head-on with a Toyota SUV.

Eight others survived the deadly crash.

Six of them survived with serious injuries, while the two others escaped with minor injuries.

The crash happened on the afternoon of Tuesday, 11 January.

Spokesman for the Limpopo Department of Transport and Community Safety, Mike Maringa, said it was reported that the driver of the SUV lost control of the vehicle due to a tyre burst and collided head-on with the 22-seater Mercedes-Benz minibus.

“The bus burst into flames and occupants trapped inside were burnt to death. The driver of the SUV was also killed on impact,” Maringa said.

Transport MEC Mavhunga Lerule-Ramakhanya has sent messages of condolences to the affected families and wished a speedy recovery to the survivors.

She has once again pleaded with motorists to inspect their vehicles before they get onto the road.

She said she was concerned that most of the fatal accidents reported on the N1 had a common cause.