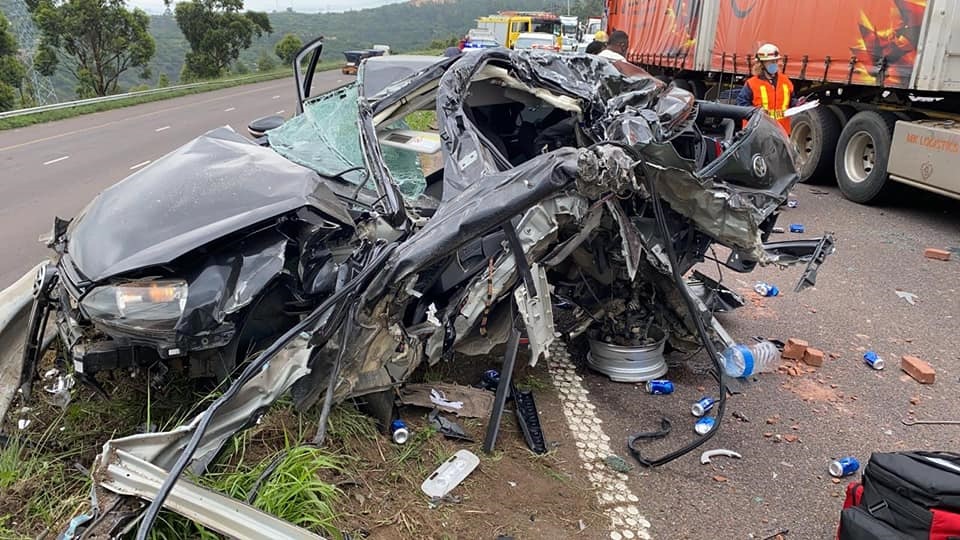 ONE person was killed and several others were injured in a collision involving a truck and five cars just before Mariannhill Toll Plaza in KZN on Thursday, 3 December.

The accident happened just before 10.30am.

It’s alleged the truck driver lost control on the downhill, slamming into cars in the process before the truck rolled down an embankment.

Several people were left with injuries ranging from minor to serious, and some occupants of the cars were trapped.

One person was declared dead at the scene.

Colonel Thembeka Mbele confirmed that a case of culpable homicide has been opened for investigation by Hillcrest police.

Mbele said it’s alleged that at 10.20am, a truck carrying paving blocks lost control and crashed into five vehicles on the N3 towards the Mariannhill Toll Plaza.

“One person was declared dead at the scene while others were taken to hospital for medical attention. The matter is still under investigation,” said Mbele.