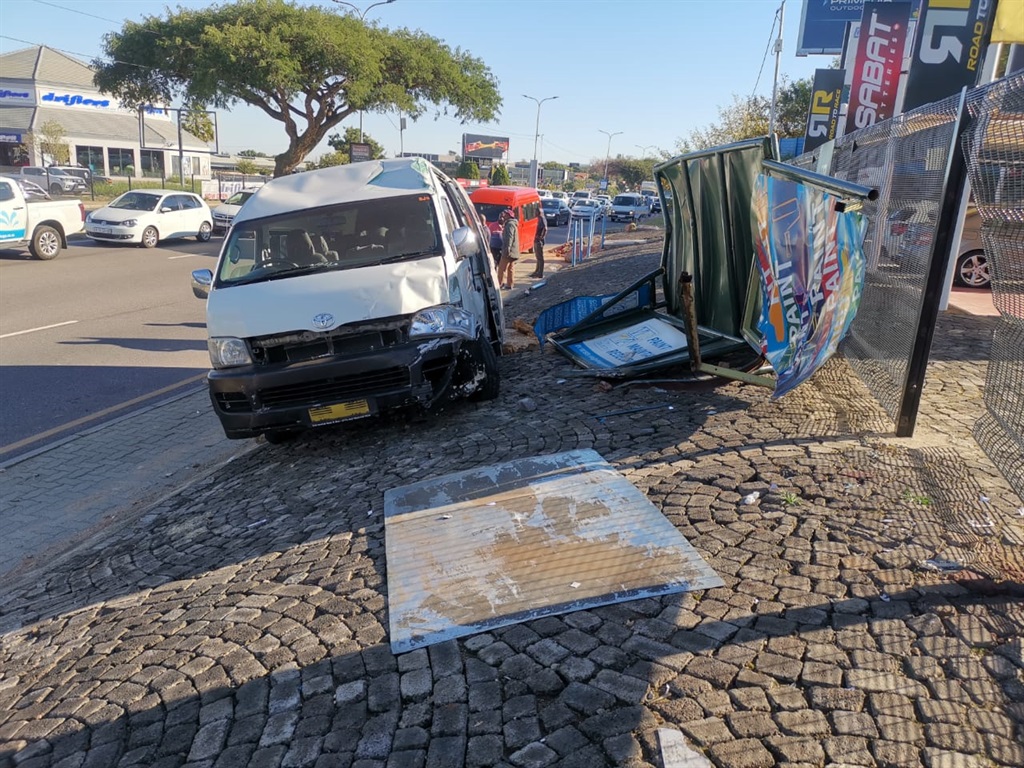 A man was hit by a taxi in Sandton on Wednesday morning. Photo Supplied.

A COMMUTER was hit by a taxi on Wednesday morning, 12 May while waiting for a bus.

According to Netcare 911 spokesman Shawn Herbst, the taxi lost control and crashed into the man.

“The driver of a minibus taxi lost control, crashing into a bus stop shelter on the corner of Main Road and William Nicol Drive in Bryanston, Sandton, this morning,” Herbst said. A man was hit by a taxi in Sandton on Wednesday morning. Photo Supplied

“The patient was treated on the scene for crash injuries and once stabilised, transported to hospital.”

He said the taxi driver escaped with no injuries.

Meanwhile, a man in his 30s was seriously injured on Tuesday, 11 May after a tractor collided with a light motor vehicle on the R503 outside Lichtenburg.

Herbst said paramedics arrived at the scene to find the tractor and car on the side of the road. He said a man was found trapped inside the light motor vehicle.

“Fire services had to use specialised equipment to free the man from the vehicle. Then paramedics treated him for serious injuries and transported him to a nearby hospital,” Herbst said.

He said local authorities were on the scene for further investigations.