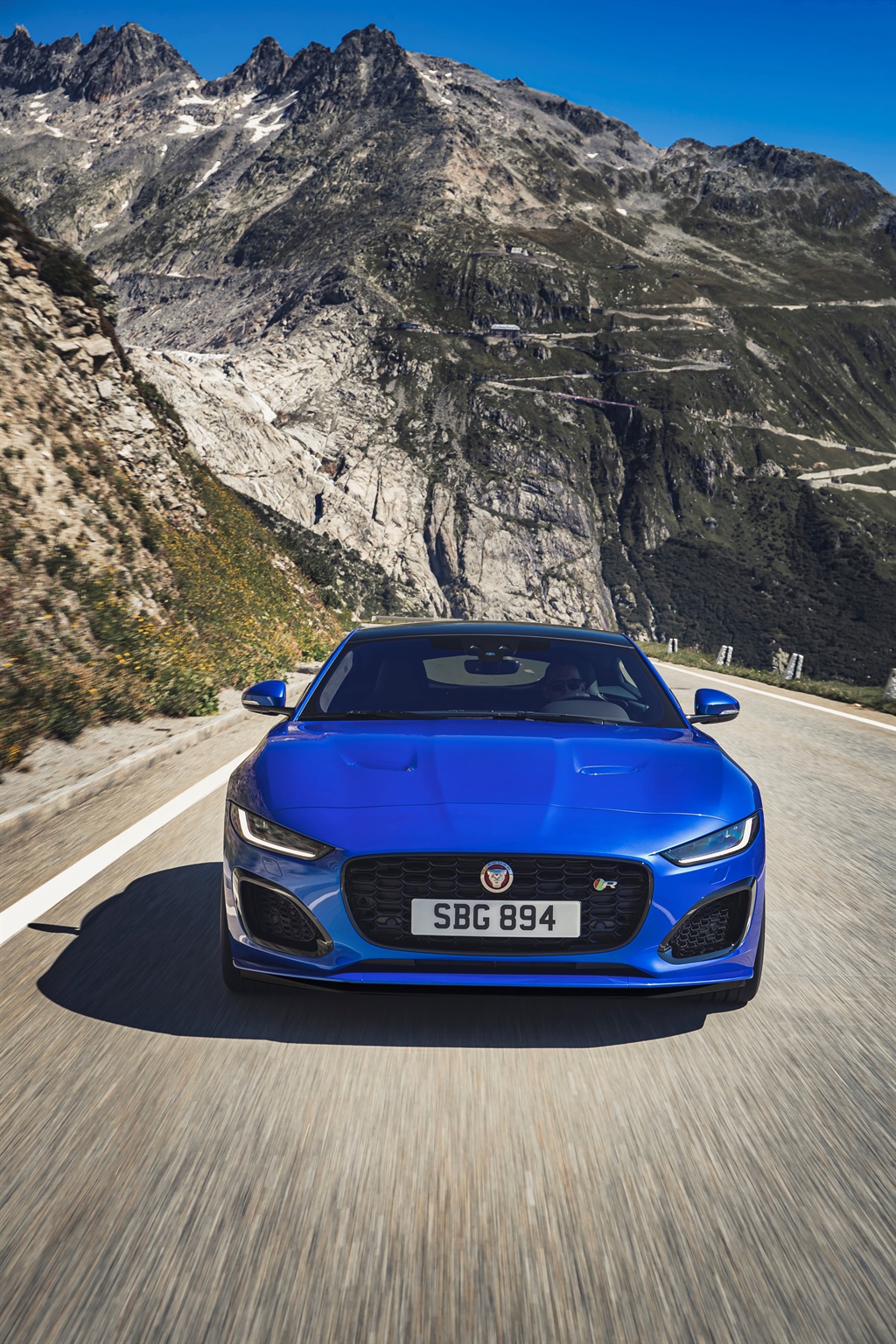 The new F-TYPE has been launched and the definitive Jaguar sports car is ready to rumble in the urban jungle.

The F-TYPE’s powerful, responsive engines include four-, six- and eight-cylinder options with outputs from 221kW to 423kW.

All are matched to eight-speed Quickshift transmissions with full manual control using either the SportShift gear selector or the steering wheel-mounted paddles.

Each engine is equipped with an active exhaust system, which is switchable either as an option or as standard. Customers who choose the 423kW supercharged V8 benefit from the new Quiet Start function, which ensures a more subtle, refined sound – the electrically-actuated bypass valves in the rear silencer remain closed until they automatically open up under load, releasing the signature roar fundamental to the F-TYPE driving experience.

If desired, Quiet Start can be over-ridden by selecting Dynamic Mode or by pressing the switchable exhaust button before starting the engine.

The distinctive crackle and pop on the overrun synonymous with F-TYPE, remains, with sounds meticulously tuned to suit the distinctive character of each model.

Just as the F-TYPE R’s design has evolved, so too has the 5.0-litre supercharged V8 at its heart.

It now generates 423kW and a mouthwatering 700Nm of torque; increases of 18kW and 20Nm compared to the previous model.

Combined with the torque on-demand all-wheel drive system with Jaguar’s Intelligent Driveline Dynamics (IDD) control technology, this delivers truly extraordinary performance and immediate throttle response in all gears and in all conditions.

The F-Type demolishes the 0-100km/h sprint in a blistering 3.7 seconds, while the maximum speed is electronically limited to 300km/h. F-TYPE’s familiar and ever-popular supercharged 3.0-litre V6 develops 280kW and 460Nm of torque and is defined by its linear power delivery and willingness to rev.

Drivers are rewarded by a unique, hard-edged exhaust note from the two large centre tailpipes. The V6 is also offered with a choice of rear- and all-wheel drive, and benefits from a mechanical limited-slip differential. The pairing of Jaguar’s sports car with the 221kW 2.0-litre turbocharged Ingenium engine delivers enhanced agility and improved efficiency and affordability. This is a true F-TYPE, with its own unique character. This model retains the performance expected from the F-TYPE, and can accelerate from 0-100km/h in only 5.7 seconds.

The turbocharged engine’s high maximum torque of 400Nm generated from just 1,500rpm, together with technologies including fully variable control of intake valve lift, integrated exhaust manifold and twin-scroll turbocharger with ceramic ball bearings, delivers exceptional response throughout the rev range. It also makes this the most efficient F-TYPE in the range, with fuel economy of 8.1l/100km.