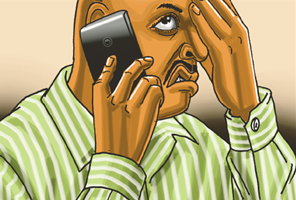 GODFREY Mphaphuli from Tembisa near Kempton Park said he joined Prospercare Funeral Cover in 2015 while working for Fidelity Security.

In 2020, his employment contract was terminated and he contacted Prospercare to inform them of the situation.

He was provided with a continuation form. He’s recently been sent notification that his policy has lapsed and he wants to know why.

Linky Maaladiatla, Prospercare’s commucations officer, said the member sent his application to transfer the policy on 5 October 2020, although his last premium was received in July 2020.

When the banking details proved to be incorrect, an SMS was sent notifying Godfrey no debit order was set up. The member made one payment on 26 October 2020.

No EasyPay payment was received again. On 22 January, when premiums were already outstanding, he was reminded the policy was in arrears but did not reply. He was informed the policy had lapsed.