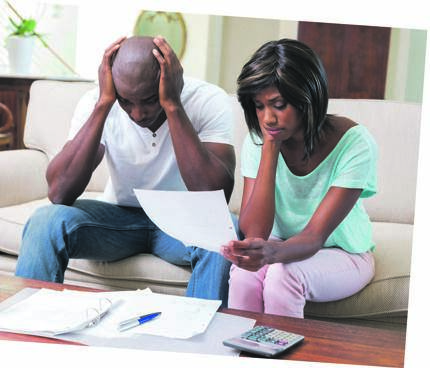 You love your mum and dad but you don’t want their debt.

THE DEATH of a parent is traumatic but what’s worse is if children inherit debt.

The unpaid debt can be a huge concern for the family members left behind. This raises questions such as: does the family have to pay off the debt of their dead parent or is their debt written off?

David Weare, franchise principal at Momentum Consult, said: “In South Africa, almost half the population is in some form of debt. In its 2017/18 annual report, the National Credit Regulator (NCR)‚ revealed there are currently close to 25 million people in debt. While 60% were “in good standing” and up to date with their repayments, nearly 40% were behind.

“If a dead person has no estate or any assets, the person’s children cannot be burdened with the late parent’s debt and it has to be written off.

However, any child who is over 18 years and signed as a guarantor or co-signed for any asset or debt, is responsible for their parent’s remaining debt.

“If the late parent has assets or equity such as a home or a car, the debt is paid off using the equity of the assets.

“Creditors will always be paid before beneficiaries of a deceased estate. Only once all debt has been settled from the estate – and this can take a number of months or years –what remains will be distributed to the deceased’s heirs, according to their will.”

If the person who died has a life policy, the policy does not automatically swallow up outstanding debt if it stipulates it pays specific beneficiary or beneficiaries.

If the policy stipulates the estate as a beneficiary, the amount it pays covers the outstanding debts first.

To avoid hassles and financial complications for their estates and families, people should ensure that they have a will in place to stipulate exactly what their wishes are regarding their assets and debt.

Weare recommended meeting a financial adviser – this is a free service from financial services companies – to conduct a detailed financial needs analysis based on a person’s goals and objectives to achieve their personal financial security.

It will highlight problems you can address in your financial planning that can be addressed while you’re alive.