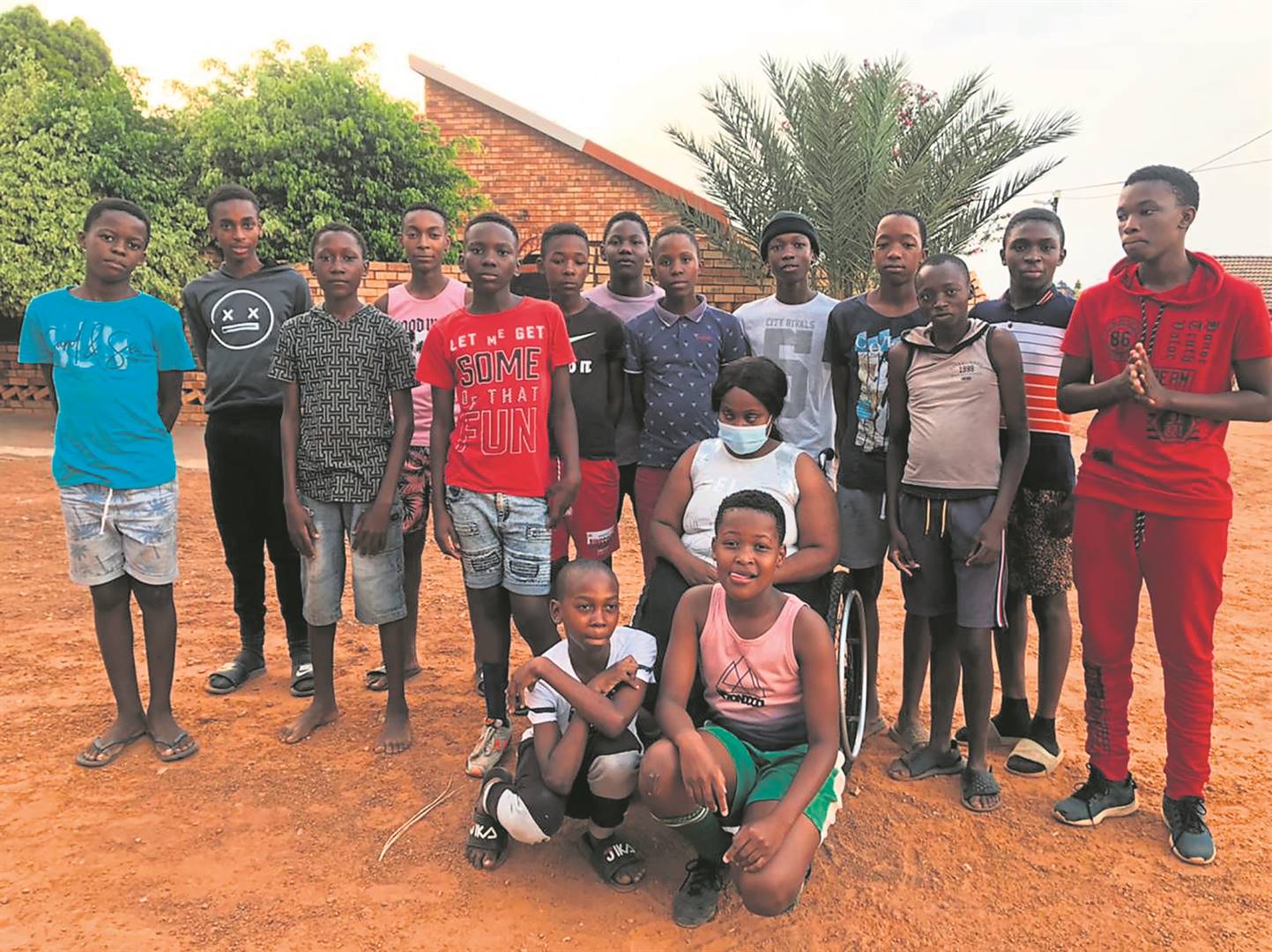 Wheelchair-bound Lerato Matlangwe who launched her new soccer team of young players from her area in Soshanguve is pleading with SunReaders to donate soccer kits to her club. Photo by Kgalalelo Tlhoaele.

She’s always wanted to play but being wheelchair-bound prevented her from achieving her dream.

She was unable to move her legs from birth. Growing up, she used crutches but in 2005 her condition worsened.

Last year, the 28-year-old from Soshanguve, north of Tshwane, realised many kids ekasi roamed the streets doing nothing.

So, she called a few boys sitting in a corner and told them she had a soccer ball and wanted to watch them play.

Nine months later, Lerato FC was formed and it has 14 players aged between 12 and 15 years.

“My goal is to get as many kids off the streets as possible,” she said.

Lerato said the boys humbled her.

“When I started, some of my friends were worried the boys would ridicule me, but I’ve earned their respect,” she said.

“It makes me cry when they call me coach, but then I compose myself as this is a tough game that requires tough people.

“I love soccer. If I wasn’t wheelchair-bound, I would have been a professional soccer player.”

Lerato said the boys are always looking forward to playing against other teams, but they lack soccer kits.

“The ball we started with is going to tear anytime soon. We’re the best but a bit disadvantaged.”

She pleaded with SunReaders for help.

Lesedi Ramarope (15) said their coach was the best.

“She’s strict and knows soccer very well. I think we’ll win all our games,” he said.