‘We’re fighting for our jobs & families’ 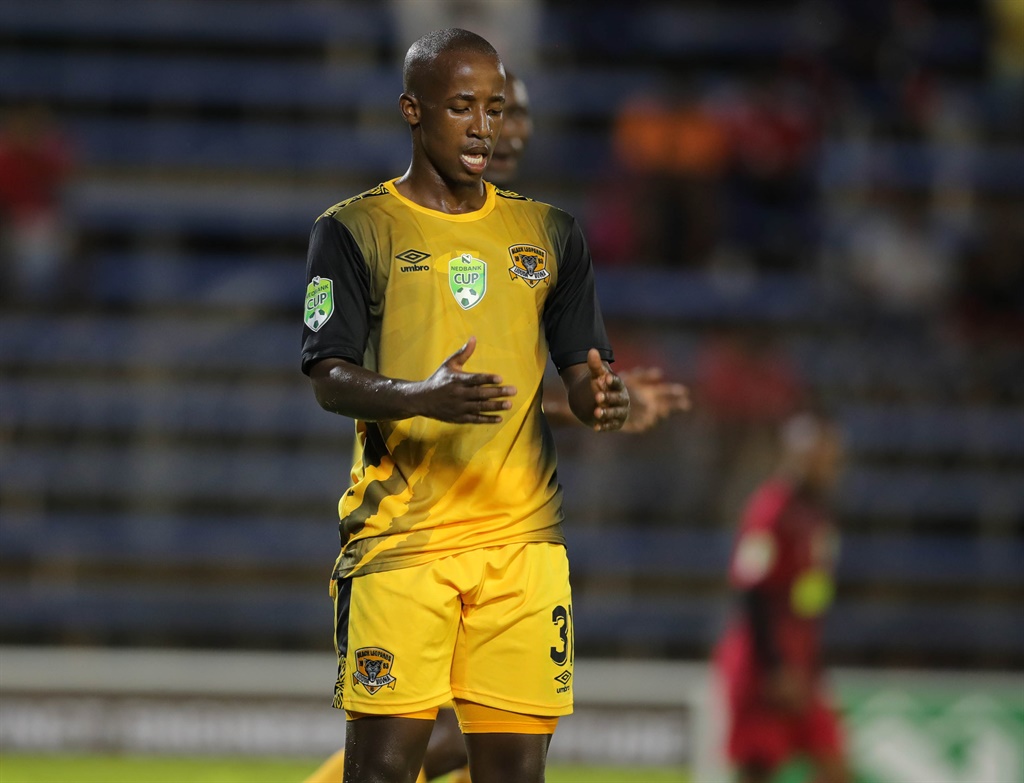 Themba Ndlovu of Black Leopards reacts in disappointment after during the 2020 Nedbank Cup match between Black Leopards and Amavarara at Thohoyandou Stadium, Limpopo, on 21 February 2020 ©Samuel Shivambu/BackpagePix.

BLACK LEOPARDS striker Themba Ndlovu says the players have been thinking about their relegation fears since lockdown started in March.

The players were happy to see each other for the first time in three months, but their position on the Absa Premiership table remains a cause for concern.

Ndlovu, who joined the Limpopo-based outfit in July 2018, said the message from management is crystal clear: retain the PSL status.

The Venda-based outfit are bottom of the log table with 20 points with six games remaining.

It’s a neck-and-neck situation at the bottom of the table as AmaZulu, Polokwane City and Baroka FC are all tied on 23 points from the same number of matches, while Chippa United occupy 12th place on the log with 24 points.

“Since we returned to training, we’re working harder than before.

“Everyone understands the situation that we find ourselves in. Our jobs are on the line. We’re fighting for our careers and our families,” said Ndlovu.

The former University of Pretoria skipper, who helped them win Varsity football competition in 2016, said COVID-19 has brought uncertainty to the game.

“We don’t know what the future holds and don’t know what will happen if we get relegated. We have to pull together in the same direction and keep the team in top-flight football at all costs,” Ndlovu pleaded with his teammates.

Other players tested positive for COVID-19.

Ndlovu and the available teammates have been training in a small group.

“We expect them to be back tomorrow (Monday) so we can all training together and focus on the job at hand.” The 27-year-old said his team would be ready for the first week of next month when the PSL teams are expected to return to the field of play. But he warned that injuries and lack of fitness would be a problem for most of the teams in the league.

“It’s different when you’re training alone at home and with the rest of the teams. It won’t be easy with injuries and fitness, but we’ll see what will happen,” he said.