SWALLOWS RETAIN CHEESEBOY AND FIVE OTHERS 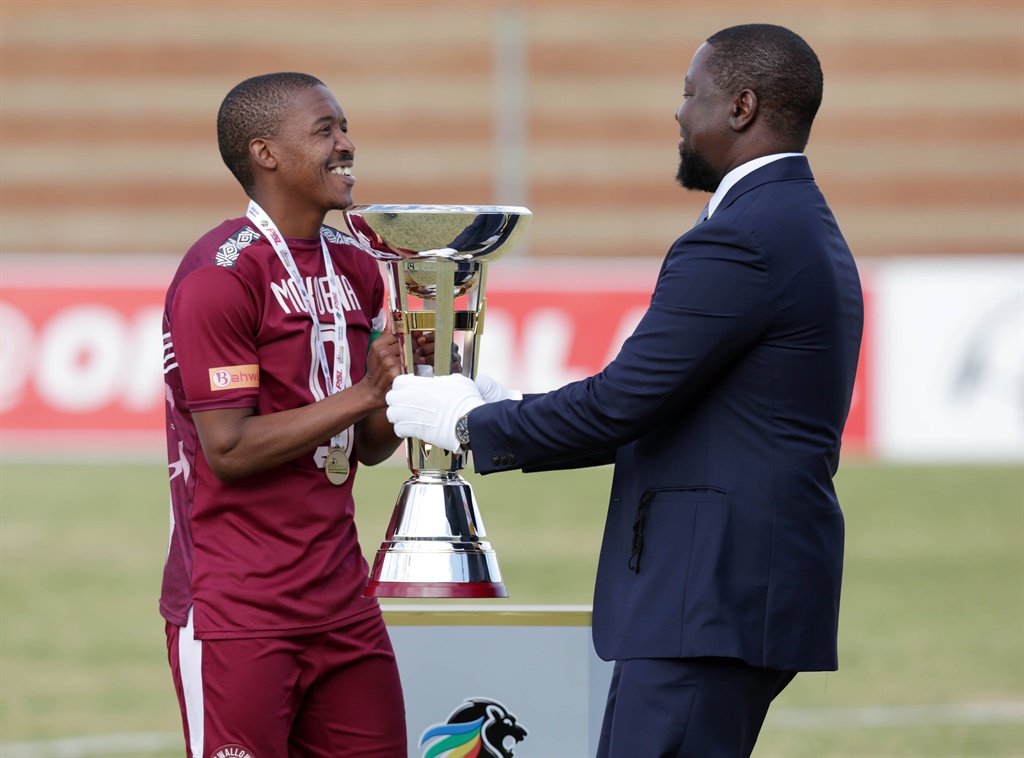 Noel Mashaba, GladAfrica Group and Executive Chairman of the GladAfrica and Lebohang Mokoena of Moroka Swallows during the GladAfrica Championship 2019/20 match between Swallows FC and Tshakhuma Tsha Madzivhandila at Makhulong Stadium on 30 August 2020. ©Samuel Shivambu/BackpagePix.

The 33-year-old was one of the senior players that led the Dube Birds to a remarkable title triumph in the 2019-20 GladAfrica Championship as they pipped Ajax Cape Town on the final day of the season.

The club has rewarded with a new deal going to their first season in the Absa Premiership alongside former Kaizer Chiefs goalkeeper Virgil Vries.

SA Under-23 goalkeeper Sanele Tshabalala is also among players who have been retained by the club with the likes of  Tlakusani Mthethwa and Mthokozisi Shwabule.

Swallows owner David Mogashoa said: "Not only have we retained his services but when his legs decides he can't run anymore he will be more than welcome to join the technical team. Meaning, he is a Bird for life,"