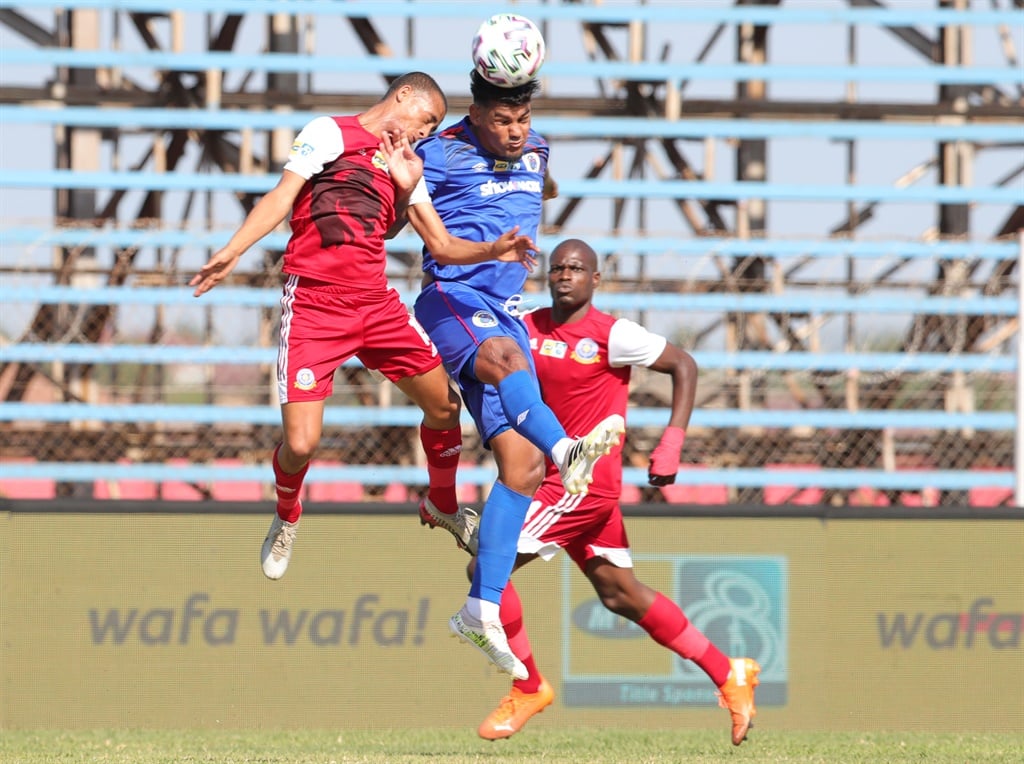 Matsatsantsa a Pitori visited newcomers TTM at Thohoyandou Stadium in the first quarter-final of the 2020-21 top-eight title and they were made to sweat despite leading 3-1 going to the half-time break.

SuperSport were expected to walk over the DSTV Premiership newbies after the club showed up to the match with only 14 players in their squad list which proved that the club had gloomy preparations.

TTM’s team sheet had 11 starting players and only three substitutions which were one goalkeeper and two on-field players.

At 33 minutes of the encounter, SuperSport were comfortable leading 3-0 with goals from Bradley Grobler, Iqraam Ryners and Ghampani Lungu.

Mogakolodi Ngele managed to pull one goal back for the home team minutes before the break after some individual brilliance.

In the second half, TTM came in as a better side and showed some competitiveness with the likes of Lerato Lamola, Ngele mastering their fight back.

Ngele scored the second goal for the hosts which was his second of the match on the 56 minutes to make it 3-2.

However, their efforts proved to be not enough as they could not get the third goal to take the match into extra time and the reigning champions went through to the next round.

Ryners was given his Matsatsantsa debut, with the likes of Justin Shonga and Nicholus Lukhubeni on the other hand also making their debuts after joining TTM this week.