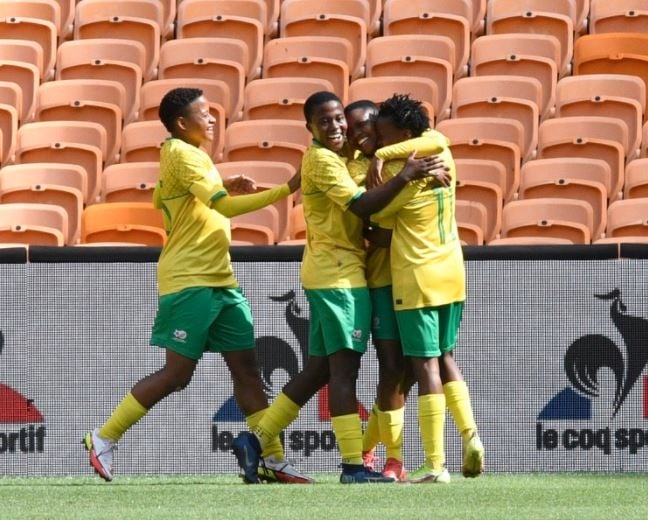 LINDA Motlhalo celebrated her 50th cap for Banyana Banyana in style – scoring a brace when they demolished Mozambique 6-0 to qualify for the third and final round of the Africa Women’s Cup of Nations (Awcon) qualifiers.

“I actually wanted to score a hat-trick, but will take the two goals,” she said after their game at FNB Stadium on Tuesday.

Banyana did little less to disappoint against Mozambique, as they scored six of the best to defeat Felizarda Lemosthe’s side 13-0 on aggregate, having thumped them 7-0 last week in Maputo.

They will now face Algeria in the third and final round where the winner will form part of the 12-teams at the Awcon finals in Morocco from 2-23 July next year.

The final qualifying round takes place on the weekend of 14-23 February next year.

Banyana went into the half-time break leading 3-0 and came back in the second stanza to score another three without conceding.

Motlhalo, who is plying her trade in Sweden for Djurgardens IF, admitted they started slowly.“But we were able to open them up. I am happy with my performance.”

Magaia, who also found the net twice, said her performance was not good.

“I feel like I lost a lot of balls on the day, but my teammates kept me going. Going forward, I want to improve on my finishing,” she said.