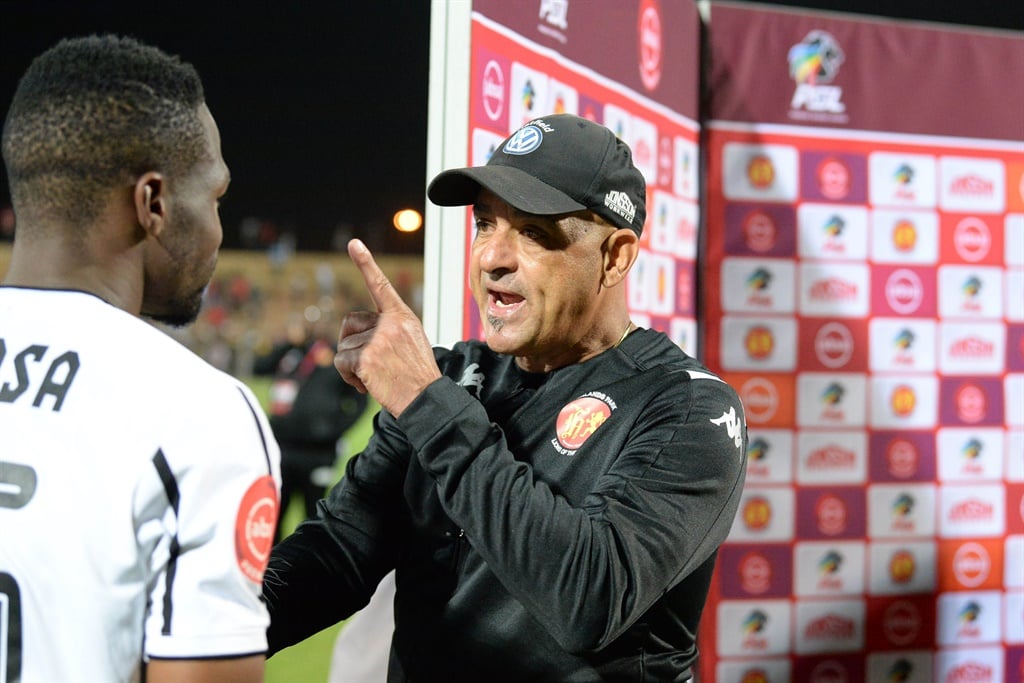 HIGHLANDS Park coach Owen Da Gama is spitting fire! Da Gama looked like he had swallowed a barbed wire after his team’s defeat against the Buccaneers in their Absa Premiership encounter at Makhulong Stadium in Tembisa on Tuesday night.

Bucs were the latest team to benefit from refereeing error as Tshegofatso Mabasa made no mistake to help the Soweto giants to a 1-0 victory against Da Gama’s boys.

After the game, Da Gama told everybody, who cared to listen how his team were robbed.

If it were up to Da Gama, second assistant referee Buyisile Ngqambiyana, would have spent the night in police custody that night.

To put it bluntly, referee Abongile Tom and his team, let the home team down.

Da Gama did not spare them as he ripped into their misforgiving error that cost him and his team a potential point. A furious Da Gama vented his frustrations and let his feeling known towards the officials.

A gatvol Da Gama said: “Someone must go to jail for this. We can’t go on like this and pretend as if nothing has happened. Enough is enough.”

Da Gama was in a mean mood as he explained how Mabasa benefited from poor officiating. What made matters worse is that the same assistant referee made a mistake and apologised to Da Gama at half-time for giving an offside in favour of Pirates.

Da Gama explains: “He raised his flag for an offside and when I confronted him, he said it was a mistake. Nnqambiyana, should go to jail. He can’t do that at this level.”

Da Gama stressed that such mistakes can get coach fired.

“People’s careers are at stake here. The players are working hard for their families and then comes a lines man, who ignores an offside three mitres unbelievable.”

Da Gama is urging the powers that be in South African football to do something about this before it gets out of hand.  The defeat was clearly a bitter pill to swallow given the manner of how it happened.

Da Gama even run out of words to further described the turnout of event.

He concluded: “It’s shameful.” Even the goal scorer Mabasa, did not escape Da Gama’s rage. He committed a double footed tackle on Mothobi Mvala, but somehow escaped a red-card and stand on the score the winner.